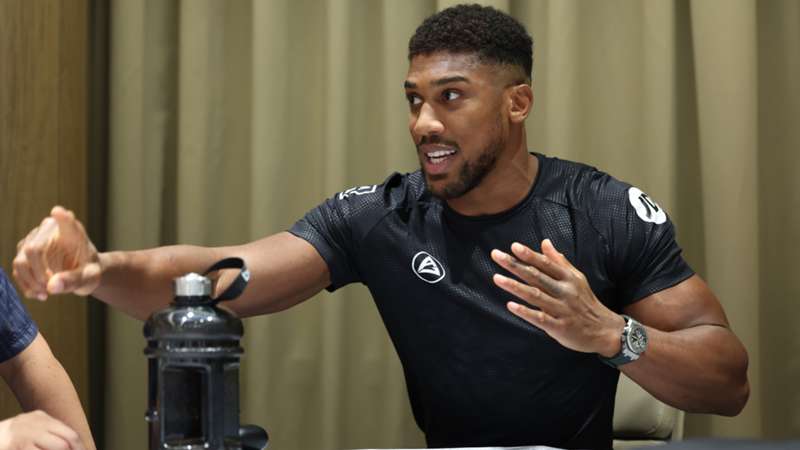 Darren Barker breaks down where the world heavyweight title rematch will be won and lost for Anthony Joshua.

After months of uncertainty and drawn out negotiations, the much anticipated rematch between unified Oleksandr Usyk and Anthony Joshua is set for this coming Saturday and it is a fight which I’m really looking forward to.

Joshua will be out for revenge when the pair meet in Jeddah, Saudi Arabia, after losing to Usyk in London last September and it was obvious what happened. The London 2012 gold medalist was rebellious and wanted to prove that he could box, but against a talented operator in Usyk, it didn’t work.

The Ukrainian was far too nimble, far too accurate, able to create angles and was punch-perfect in a dominant performance under the bright lights of the Tottenham Hotspur Stadium.

What makes this rematch so exciting is waiting to see if Joshua is able to make the obvious changes in order to be victorious. He has to be bullish, not reckless, and dominate the centre of the ring, push Usyk back onto the ropes or into a corner if possible and land one of those big right hands, but that’s easier said than done.

During the first fight, I was impressed with Usyk’s ring positioning. He went straight to the centre, not allowing Joshua to push him back, creating a safe zone and it was quite early on in the fight from ringside I realised that Usyk was going to win.

Second time around, it could be even more difficult for Joshua to overcome Usyk. When you are facing someone as talented as he is, who has already collected 12 rounds of data, he will only get stronger now that he knows the Brit’s strengths and weaknesses.

Joshua needs to work upwards in Jeddah, by that I mean target the body. When facing someone who is elusive like Usyk, he’s moving all the time, but the body isn’t, so if Joshua can target the body with straight shots and move upwards, he’s got a better chance of finding some success.

The jab to the body is key for the former unified world heavyweight champion. He has to be hitting everything and put a dent in Usyk early. This doesn’t need to be done by landing clean head shots. Joshua needs to hit the arms, the waistband and the chest.

It’s crucial to remember that this is a 12-round contest, it’s a marathon, not a sprint, therefore if Joshua can inflict some early damage on Usyk, it puts him in a good position if the fight reaches the latter stages.