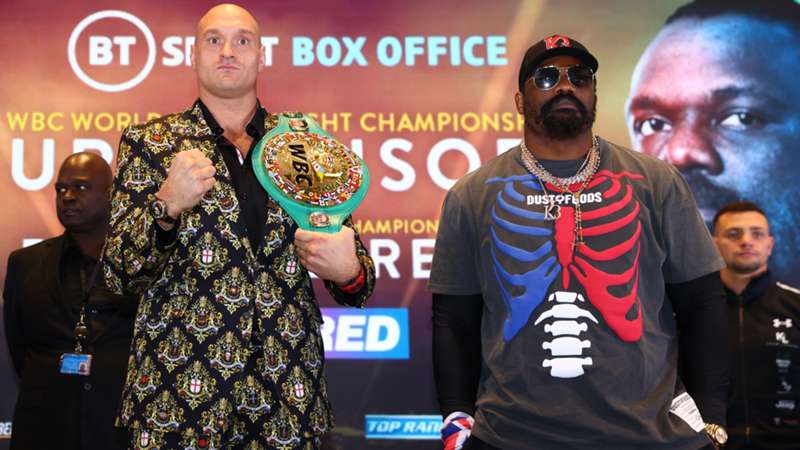 Can Derek Chisora get back to winning ways on Saturday night?

Tyson Fury is back in action for his second fight of 2022 when he takes on Derek Chisora.

After the WBC world heavyweight champion Fury knocked out Dillian Whyte in April, he has given Chisora the chance to win a world title after previously suggesting he had retired from the sport.

As always with a big fight night there are plenty of bets to be made, let's take a look at some of them below.

BetMGM (as of Friday December 2) has Tyson Fury installed as a huge favourite at 1/25. This means that you would need to bet $250 to win $10. Derek Chisora meanwhile is priced at 6/1 to win the fight, therefore a $10 bet would win $100 if the challenger is victorious at London's Tottenham Hotspur Stadium.

A win for Derek Chisora is vital if he wants to remain relevant in the heavyweight division.

Two back-to-back losses against Joseph Parker had left him on the edges of the heavyweight rankings, and a title shot against Fury is something of a surprise, despite a recent win against Kubrat Pulev.

Tyson Fury is undefeated and was impressive in his trilogy with Deontay Wilder before having little trouble in April up against Dillian Whyte. However in the heavyweight division, it takes just one solid connection to end a fight.

Chisora, then, has a puncher's chance going into the fight but if everything goes according to the form book then this should be a routine victory for the WBC champion.

Becaue of the heavy odds favouring Fury, back him to win offers little exciting, and a win over the distance seems impossible for Chisora. A win for Chisora by knockout might offer the best value as a result.