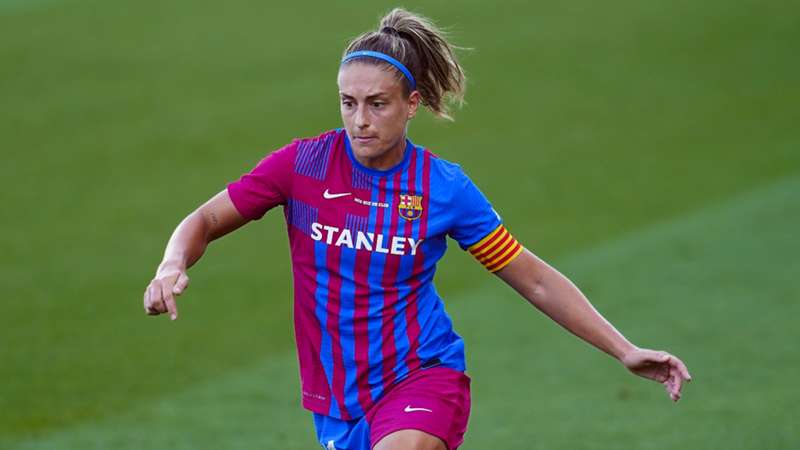 Some of the biggest names in women's football will take part in this year's tournament.

This month's European Women's Football Championship, also known as UEFA Women's Euro 2022, will feature some of the brightest talents on the planet.

Many players donning their respective countries' colours are familiar to fans around the world, as women's club football continues its ascent as an exciting part of the most popular sport on the planet.

In particular, the UEFA Women's Champions League shines a light on the biggest established and up-and-coming stars of the women's game, which in turn helps build anticipation for international tournaments such as the Euro.

There will be many of this summer's Euro 2022 stars on display when the UWCL resumes in the fall, but before then DAZN highlights some of the top players to watch with their national teams.

The most obvious player to watch at this year's competition is the most recent Ballon d'Or winner.

Putellas is coming off a near-perfect season for Barcelona, leading that side to a magical campaign that was only marred by a loss in the Champions League final. The 28-year-old's influence was felt every time she stepped on the pitch for Barca, and she scored 34 goals across all competitions last season as she led her club to a domestic treble.

Now she looks to be the face of the first Spain team to win a major international tournament.

A prolific scorer wherever she plays, Miedema has been a fixture for Arsenal since joining the club in 2017.

The Netherlands international is coming off a 2021-22 campaign in which she tallied 19 times in 30 competitive matches for the Gunners, including seven Champions League goals (including qualifiers). Miedema looks to bring that form into the Euro as the focal point of the Dutch attack, along with teammate Jill Roord.

A proven performer in continental competition at the club level, Chelsea star Harder led the Blues to a domestic double last season.

The 29-year-old is also Denmark's all-time leading scorer and is very likely to be the top Dane on the goals chart again this summer.

We can't mention prolific scorers without bringing up Hegerberg's name.

The Norwegian has terrorised defences in France and in the UWCL since joining Lyon in 2014, and a recent ACL injury has shown not to have slowed the 26-year-old down as she struck for six goals in the Champions League last season.

A return to the Norway national side after a five-year exile showed that she hasn't lost a step on the international stage either — Hegerberg notched a hat trick in her first game back for her country earlier this year.

The host nation will have plenty of players to cheer for this summer, but Manchester City's young forward may be the most promising of them all.

Hemp, 21, comes off an electric season of club football in which she registered 21 goals and 10 assists for the Sky Blues. This garnered her a fourth consecutive PFA Women's Young Player of the Year award, and the Lionesses will hope to see some of Hemp's blazing runs down the wing lead to goals in front of the home crowds this summer.