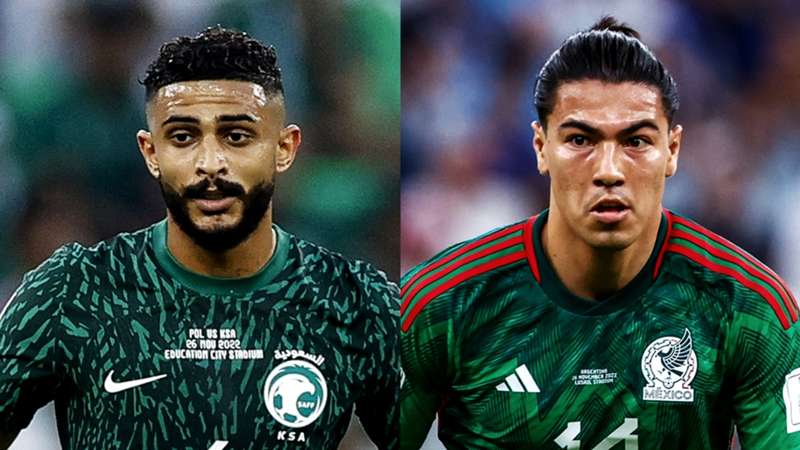 It's a crucial game with implications for all of Group C.

Saudi Arabia and Mexico face off Wednesday with one chance at making the last-16 at Qatar 2022.

The teams sit third and fourth, respectively, in Group C, although the Saudis will definitely move on to the knockout round with a victory. This comes after Saudi Arabia stunned Argentina 2-1 on the first match day and then fell 2-0 to Poland immediately thereafter, putting them on three points with a -1 goal difference.

As for Mexico, anything less than a win on Wednesday will not suffice — and even a victory may not be enough. The Mexicans are still waiting for their first goal of the tournament after a scoreless draw with Poland and a 2-0 loss to the Argentines, putting them at just a single point and -2 goal difference. With the numerous permutations at play, Mexico could be eliminated even with a victory in this match.

As such, all the Mexicans can do is play for a win and hope for a helpful result in the other game.

Here's everything you need to know about Wednesday's match.

Saudi Arabia vs. Mexico: What time is kickoff at Qatar 2022?

Saudi Arabia vs. Mexico: How to watch on TV or streaming

Viewers in the United States can watch the match on FS1 (English) or Telemundo (Spanish). Both of those channels can be streamed on fuboTV.

Saudi Arabia vs. Mexico: What stadium is hosting the match?