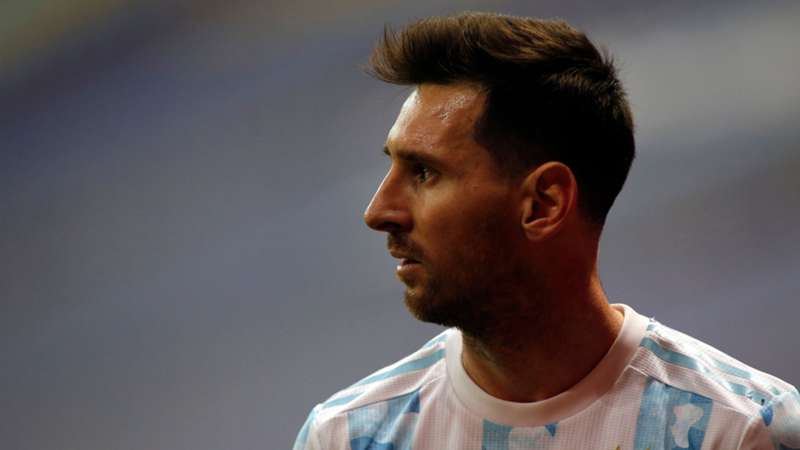 The final round of group games continues.

The final matches of the group stages are underway with games from each group kicking off simultaneously. The DAZN Bet Traders have looked at each of the matches from Groups C and D, providing a selection from each.

Australia head in to their final group match against Denmark firmly in control of their own destiny. A draw should be enough for the Socceroos while the Danes need a victory if they want to leapfrog their opponents and qualify from Group D.

The Australians started the game against Tunisia strongly and their attacking mentality finally paid off when Mitchell Duke headed them ahead in the 23rd minute. Tunisia tried to fight back but failed to break down the stubborn Australians, with Harry Souttar’s stoic efforts in particular ensuring the African side were unable to create a real clear cut opportunity.

It was a stark contrast defensively to the team that was so easily broken down against France, and now they must try and take that same resilience into their final group game on Wednesday.

Denmark will head in to the encounter two points behind Australia after their 2-1 defeat to France in their second group match.

The Danes looked like they were heading towards a draw before Kylian Mbappe’s 86th minute winner, but they couldn’t have too many complaints in defeat as they once again looked to be a shadow of the team that reached the semi-finals of the Euros last summer.

Australia will no doubt be the team entering this one with a lot of confidence behind them, but Denmark are a team that just don’t know when to give up. Last year they went in to their final Group game at Euro 2020 having lost their first two matches, but eventually ended up qualifying for the last 16 after thrashing Russia 4-1.

The Danes will need to draw on that performance when they face the Socceroos on Wednesday. Their victory over Tunisia may have been an impressive display of heart but, based on ranking, Denmark should provide a much sterner challenge. Kasper Hjulmand’s men will need a convincing victory if they want to head into the knockout stages with confidence, and we believe that they’ll eventually have too much for this spirited Australian side.

After picking up just one point from their opening two fixtures, Tunisia now face an uphill task if they want to qualify from Group D.

Despite creating plenty of chances in their games against Denmark and Australia, Tunisia are still without a goal in this World Cup, and that will be a real cause for concern when they face a French side that contains a potential Golden Boot winner in Kylian Mbappe.

The 23-year-old has already scored three goals in the tournament, including both in their 2-1 victory over Denmark, and the PSG forward will no doubt be keen to add to this tally on Wednesday.

France have already booked their spot in the next phase of the competition, but a point against the Africans will ensure they finish their group in pole position. They are likely to make a few changes so they can rest key players for the knockout stages, as they did when in a similar position four years ago, but even a rotated French squad should prove too strong for Tunisia.

Saudi Arabia weren’t able to replicate the heroics of their victory over Argentina as they fell to a 2-0 defeat to Poland. That loss, coupled with Argentina’s victory over Mexico, means that they currently lie outside of the top two in Group C. However, a victory over Mexico will still be enough to see them safely qualify for the Round of 16.

The Saudi team displayed a lot more attacking intent than they did against Argentina, but they just couldn’t find a way past Wojciech Szczesny. The Polish keeper was kept busy throughout the match, including a penalty save from Salem Al Dawsari and the follow-up effort by Mohammed Al Burayk.

They will feel disappointed not to have gotten more from the game, but their performance will still give them hope of qualifying from the group.

Mexico’s game plan against Argentina seemed to be one of nullifying their opposition’s attack by slowing the game down as much as possible. Their resistance lasted until the 64th minute, where a moment of brilliance from Lionel Messi finally gave the South American side the lead. Another fine finish from Enzo Fernandez in the closing minutes put the match beyond doubt. Mexico will now need a convincing victory over Saudi Arabia if they want to give themselves a chance of qualification without relying on Poland winning the other tie in Group C.

Judging by the Mexican gameplan against Argentina it felt like they had the confidence in their own ability to beat Saudi Arabia, but it remains to be seen whether or not they’ll have that same level of belief after losing on Saturday.

Mexico head in to this fixture as favourites, but whether they can get the result they need will depend on how much of a setback the defeat to Poland will have on Saudi Arabia. The Saudi’s swift attack has already caused issues for both Argentina and Poland, so it doesn’t feel like we can back Mexico with much confidence, especially given they haven’t scored a goal in the tournament so far.

Alexis Vega has looked to be Mexico’s most likely player to get his name on the scoresheet so far, his first half free-kick was their only shot on target against Argentina, and this followed on from his five off-target efforts against Poland. The Guadalajara winger is well priced to open the scoring against Saudi Arabia, and we believe he may be the one who gives Mexico a hope of making it through to the knockout phase.

Victory over Saudi Arabia means that Poland head into the final round of fixtures at the top of Group C, but they'll need to raise their game against Argentina.

Their 2-0 victory on Saturday wasn’t as convincing as the score line suggests as they needed numerous saves from goalkeeper Wojiech Szczesny to keep them in the contest. The Juventus keeper kept out a first-half penalty, as well as a handful of other decent chances for the Saudis, allowing his team to capitalise at the other end of the field through Piotr Zielinski and Robert Lewandowski.

Lewandowski’s strike was his first World Cup goal, and there was a clear showing of emotion from the Barcelona striker afterwards. It couldn’t have come at a better time for Poland, as they will likely need him in the best possible form to overcome their South American opponents.

Argentina needed a moment of inspiration from their own talisman to break down a dogged Mexican team. They had looked void of ideas in how to break their opponents down prior to his 64th minute strike, and there was another moment of joy when his 20 yard effort struck the bottom corner of the net. Enzo Fernandez curled home a second for Argentina in the 87th minute to seal a 2-0 victory, and put Argentina in charge of their own destiny ahead of Wednesday’s encounter.

Poland only need a point to progress to the Last 16, while Argentina need a victory to guarantee their route through to the knockout stages. A point could be enough for the South Americans to progress, but that depends on the result of the other Group C game.

The victory against Mexico has put Argentina in a strong position to finish at the top of Group C and they should have more than enough to pick up three points against Poland. Lionel Messi has been the player to open the scoring in their previous two matches, and we’re backing him to make it three in a row as he chases the one trophy that has eluded him throughout his career.