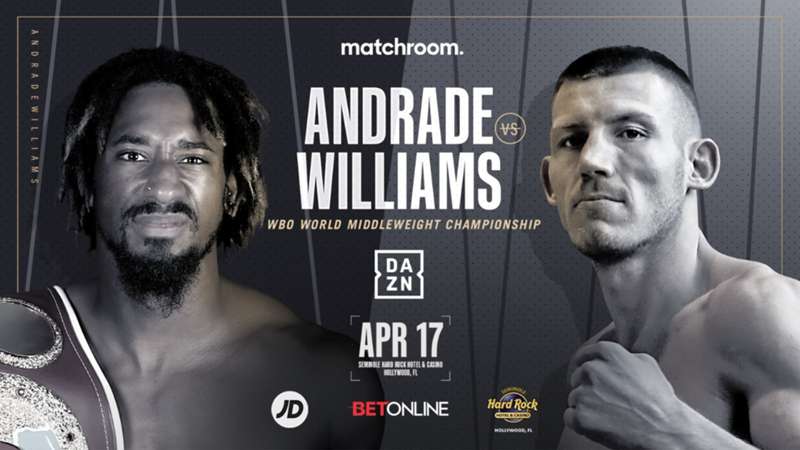 Andrade vs. Williams main events an upcoming boxing card which airs live on DAZN in some parts of the world.

Andrade vs. Williams The background

Liam Williams has long been shouting for a world title fight and now he has that opportunity when he takes on WBO middlweight champion, Demetrius Andrade. Williams has flirted with world level before in two losing efforts against Liam Smith and he'll be hoping to put things right when he tackles Rhode Island's Andrade.

Andrade has made it clear in several interviews that he is seeking the biggest fights possible against the likes of Canelo Alvarez, Jermall Charlo and Gennady Golovkin and there remains a strong chance that he is looking past Williams. If Andrade is to nail a high profile encounter then he will have to treat the threat of Williams very seriously.

The card takes place on Saturday, April 17th. It begins at 8pm BST, and main event ringwalks are expected at approximately 10:30pm BST. However, as always with boxing, the exact start of the main event will depend on how long the undercard runs.

Can I watch Andrade vs. Williams on DAZN?

Andrade vs. Williams is available worldwide on DAZN.