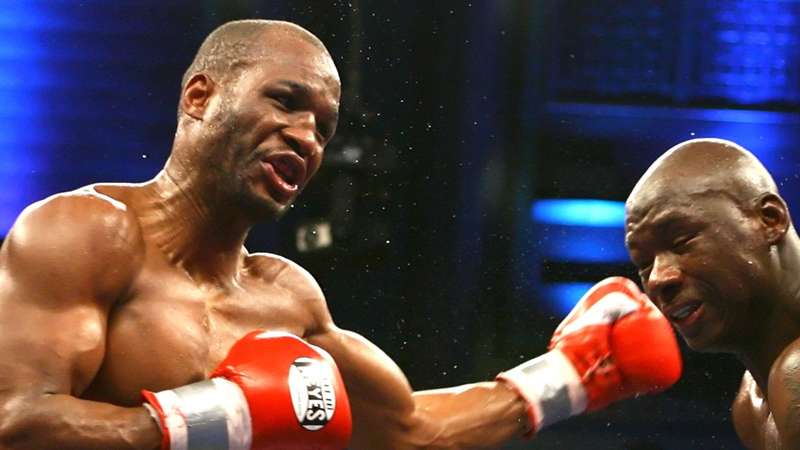 Boxing legends such as Bernard Hopkins and "Sugar" Shane Mosley will have to wait one year before being inducted into the International Boxing Hall of Fame.

ESPN reported on Sunday night that the class of 2020, which includes Hopkins, Mosley, Juan Manuel Marquez, Christy Martin and Lucia Rijker, will be inducted into the International Boxing Hall of Fame during next year's induction weekend from June 10-13 due to the coronavirus pandemic. This class will be combined with the 2021 class, which will have Floyd Mayweather Jr., Wladimir Klitschko, Andre Ward and Miguel Cotto all eligible to make the ballot for the first time.

"By combining the celebrations of the induction classes of 2020 and 2021, the Hall of Fame can honor inductees with all the bells and whistles that the Hall of Fame weekend is known for and provide each inductee with the recognition they each so richly deserve," International Boxing Hall of Fame executive director Edward Brophy told ESPN. "By honoring the two classes in a one-of-a-kind induction weekend, the Hall of Fame will be able to put all the winning combinations together for the inductees, fans and the entire sport of boxing."

Hopkins was one of the most dominant boxers in the history of the sport, rattling off 20 straight world middleweight title defenses from 1995 to 2005, before winning the light heavyweight title in June 2006.

Martin and Rijker being part of the 2020 class marks the first time that a women's boxing category was included on the International Boxing Hall of Fame ballot.

Longtime promoters Lou DiBella, Kathy Duva and Dan Goossen and journalists Bernard Fernandez and Thomas Hauser are slated to be inducted as part of the 2020 class as well.