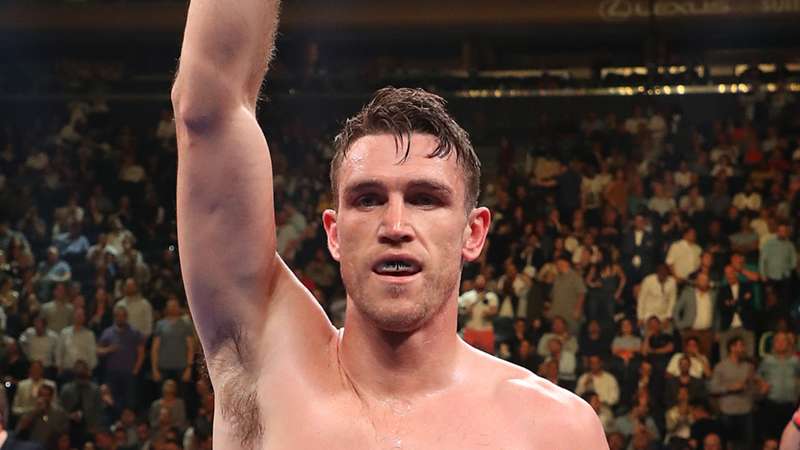 (Getty Images)
Check your region for Usyk vs. Joshua 2 on DAZN

Callum Smith is back in action on Saturday night

Callum Smith claims he is a better fighter now compared to when he was a world champion as he prepares to face Mathieu Bauderlique this weekend in Jeddah. Smith is chief support to Oleksandr Usyk’s heavyweight world title defence against Anthony Joshua, and he heads into the fight believing that improvements made by Buddy McGirt will help him become a two-weight ruler.

At the backend of 2020, Smith suffered the sole loss of his career when he was soundly beaten on points by Canelo Alvarez. The defeat prompted the Liverpool fighter to move up to 175lbs and with a number of leading boxers in his sights, Smith is happy with his progress at his new weight class as he seeks the biggest challenges.

"Losing kind of highlights areas you feel you need to improve on yourself," said Smith when talking to Sky Sports News.

"The loss kind of highlighted certain areas and I made changes to my team and moved over to LA. I certainly believe I'm a better fighter than when I was world champion, and I'm confident I can be another one.

"It's just about being smart and that's what I've been working on; when to throw, when not to throw, when to move and certain positions in the ring. I'm always trying to evolve as a fighter, and I think too many people get camp mixed up with 'let's get fit and in shape' rather than to improve as a fighter as well."