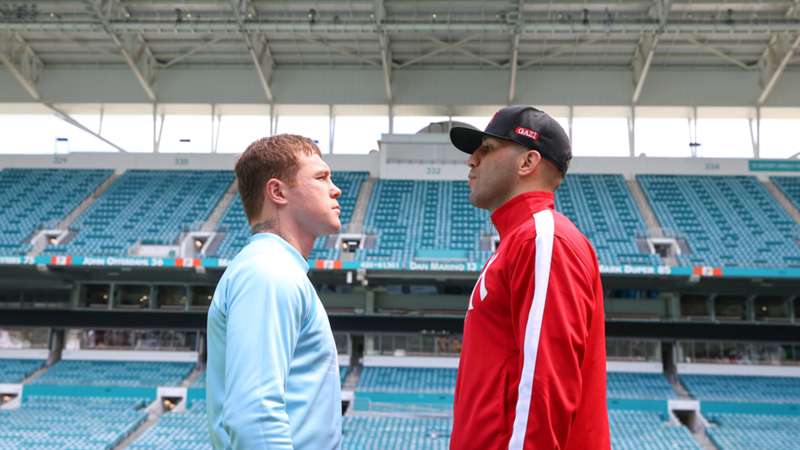 Canelo Alvarez and Avni Yildirim made everything official on Friday.

The only drama left before Canelo Alvarez and Avni Yildirim step inside the ring on Saturday from Hard Rock Stadium in Miami on DAZN was to tip the scales to make the WBA and WBC super middleweight title fight official.

Alvarez and Yildirim left no doubt as they both weighed in at 167.6 pounds on Friday afternoon.

BetMGM has the 30-year-old Alvarez installed as a 50-1 favorite. The expectation is Alvarez will blow Yildirim out and move on to a unification bout with WBO titlist Billy Joe Saunders on May 8. Alvarez is only focused on Yildirim and knows he needs to be at his best or an upset could occur.

Alvarez (54-1-2, 36 KOs) competed six days before Christmas, beating Callum Smith via unanimous decision to win the WBA and WBC belts. The 30-year-old wants to be active in 2021 after only fighting one time in 2020. Yildirim is the WBC mandatory challenger, and Alvarez wants to get out of the way so he can have a clear path to become the undisputed champion at 168 pounds.

Yildirim (21-2, 12 KOs) returns to action for the first time since losing to Anthony Dirrell via technical decision in a vacant WBC super middleweight fight. Dirrell suffered a cut due to an accidental headbutt in the tenth round, and the bout was stopped. It went to the judges, and Dirrell came out the winner on two of the three judges' scorecards.

Here are the weights from the Canelo Alvarez vs. Avni Yildirim weigh-in.