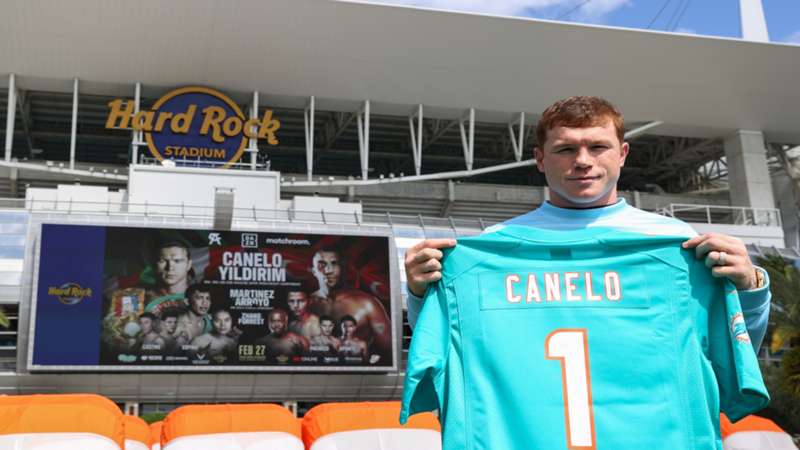 Currently, Saul "Canelo" Alvarez is perched on top of the boxing mountain as the sport's top pound-for-pound fighter and marquee attraction. After dominating Callum Smith back in December, Alvarez became the WBA and WBC super middleweight champion. Alvarez's victory allowed him to become only the fourth Mexican boxer to capture world titles in four different weight classes.

Alvarez steps through the ropes for the second time in 70 days when he puts his belts on the line against WBC mandatory Avni Yildirim (21-2, 12 KOs) from Hard Rock Stadium in Miami, live on DAZN.

Since losing to Floyd Mayweather Jr. in September 2013 at the age of 23, Alvarez is 12-0-1 with six of those wins coming via knockout in four divisions. He's taken on Gennadiy Golovkin (twice), Miguel Cotto, Sergey Kovalev, and Smith to establish himself as the premier fighter in boxing. With all of those accomplishments, there's one thing Alvarez's never done: Become an undisputed champion. That is why he's facing Yildirim so the native of Mexico doesn't get stripped of the belt so he could face WBO titlist Billy Joe Saunders and IBF belt holder Caleb Plant in 2021.

"Right now, my goal is to unify at 168," Alvarez told DAZN News through an interpreter. "That's a short-term goal. The most important thing to me is to achieve those short-term goals to continue moving forward. Right now, I'm just trying to make history."

Between 2006 and 2008, Alvarez (54-1-2, 36 KOs) competed an astounding 22 times. He embraced the mentality of often competing to hone his skills and make him an elite-level fighter who is willing to take on anyone's time in and time out. Fast forward 13 years, and Alvarez is on a mission in doing something no high-caliber fighter does now, and that's compete five times in a 12-month span which started with beating Smith.

"It would be hard, but I do want to fight four times this year," Alvarez said. "I think I can do that. I like what I do. Fighting more frequently is better for me. Everybody takes their career however they want. I'm doing this now."

The path Alvarez's taken to get to this stage is one few ever take. He's fought 414 professional rounds and faced challenge after challenge when people around him and those in boxing felt he shouldn't be taking those risks. There's a rhyme and a reason Alvarez has done these things.

"My legacy and history we're making to me, that's really important," Alvarez said. "I want for everybody when they talk about boxing to think about Canelo. I always want them to think of Canelo when they think of boxing."