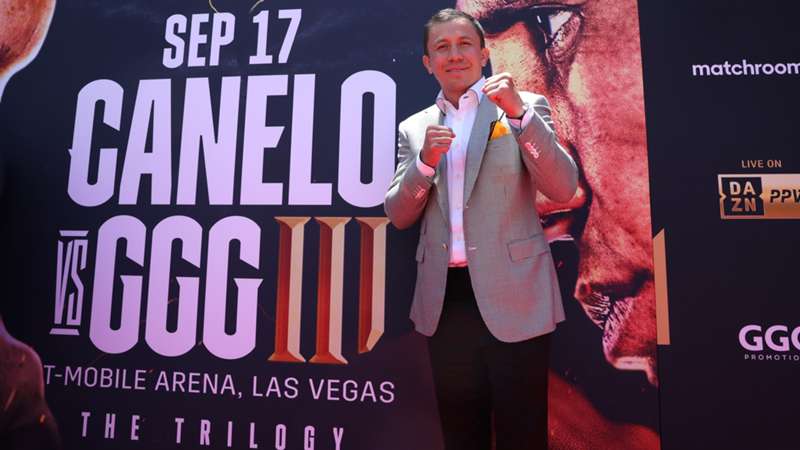 Melina Pizano/Matchroom
Check for Canelo vs. GGG 3 on DAZN in your country

Gennadiy Golovkin projected a calm persona when speaking to The DAZN Boxing Show.

Gennadiy Golovkin is no stranger to a 'big fight' atmosphere, but even ahead of this long-awaited trilogy fight with Saul 'Canelo' Alvarez, the current IBF and WBA middleweight champion looks relaxed.

While Canelo went on the offensive in Friday's Los Angeles and yesterday's New York press conferences, Golovkin remained calm and didn't get drawn into a war of words with the Mexican.

When speaking to The DAZN Boxing Show, a calm and collected Golovkin wasn't ready to make any predictions for September 17 unlike his opponent who is hoping to produce a knockout finish.

"We both have gameplans. How it’s going to play out, nobody can tell," Golovkin said.

"To make any predictions will be just wrong right now."

The 40-year-old also had some advice for Canelo who hasn't been afraid to speak his mind throughout this media tour.

"If I were in his shoes meeting a guy in my weight class, going up a class the guy who’s 40 years old, I would still not be that vocal.

"I would still be more humble.

"You probably should have just tried to find me and settle it, I was here all the time."

DAZN subscribers can watch the full interview with Gennadiy Golovkin on the DAZN platform.