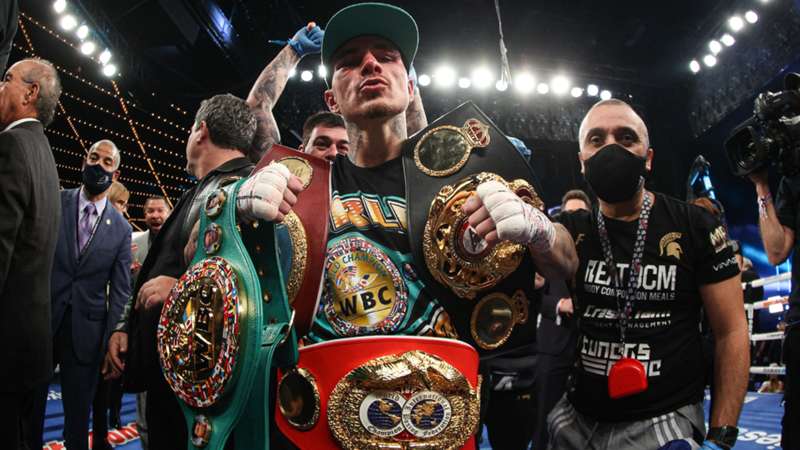 The Australian lightweight is looking to become undisputed.

George Kambosos is expecting a “lot of excuses” if he beats Devin Haney on June 4th. All four world titles will be at stake in Melbourne, Australia, as both men put their unbeaten records on the line to crown an undisputed champion at 135lbs.

In the build-up to the fight, Haney has been dealt a huge blow when his father and trainer, Bill, was refused entry to Australia due to a conviction against him that was received before Devin was born. As a result, Haney will now have Yoel Judah, the dad of former world champion Zab, in his corner. Kambosos believes that Haney will point to this incident if he’s unsuccessful next month.

"I know there will be a whole lot of excuses once I destroy Devin Haney,” said Kambosos when speaking to the Sydney Morning Herald. “About the father, about the trainer, about the jet lag, about everything. I've been trying my best to see if he can get in, but, unfortunately, that's not my problem. I've got all of my team here, and I'm ready to fight.

"I'm blessed to have my father with me in my corner. At the end of the day, everyone is parading Devin for making the trip to Australia, but they forget that I've been doing it for five years. I've had to go without my father when I'm going over there. Obviously, my father has been a massive part of my career, but I'm a man, and I'm always ready to fight by any means, to fight by myself.”