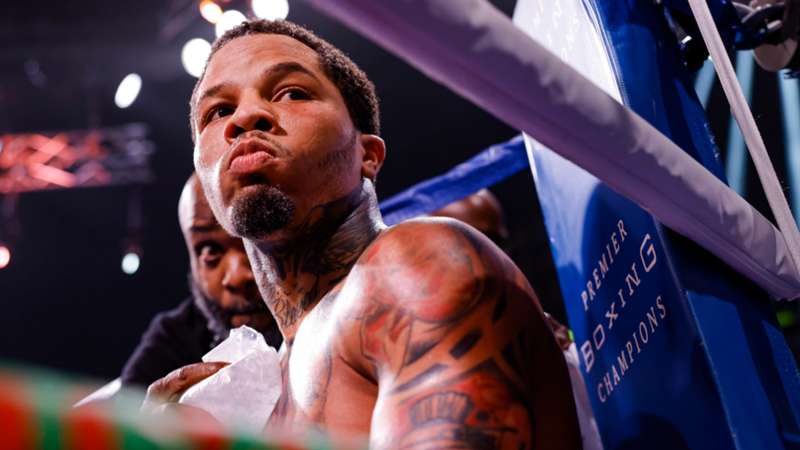 The Mayweather Promotions CEO made the claim ahead of the fight with Roland Romero on Saturday night.

Gervonta ‘Tank’ Davis is the best fighter across three divisions, according to Leonard Ellerbe.

Tank fights Rolando Romero on Saturday night in New York as he defends his WBA lightweight ‘regular’ title, as he looks to maintain his unbeaten record.

If he retains the belt then he will be in demand as a free agent, assuming he leaves Mayweather Promotions as he plans, and could be in line for a title fight against the winner of George Kambosos Jr. vs. Devin Haney, which takes place next weekend in Australia.

Tank’s last fight was against Isaac Cruz, which he won by unanimous decision but was nonetheless a tough fight for the 27-year-old American, and Mayweather Promotions’ chief executive Ellerbe believes it is not indicative of his full abilities.

“Tank does not get the credit that he deserves. For whatever reason, he doesn't get his credit. Tank is the best fighter across 130 to 140 pounds without a doubt – hands down. There are no fighters out there with a big name like his within his weight,” he told BoxingScene.com.

“He's not getting pound-for-pound credit either. But personally, I don't care about that. It's a subjective list. At the end of the day, you can't feed your family off a pound-for-pound list. You can't go into the bank and ask for a loan to buy a house and say, 'I'm number so and so on the pound for pound list.' It's an achievement, but it doesn't put a single dollar in your pocket. But putting asses in seats do, and he's great at doing that.

“He's one of the best fighters in the world. On Saturday night, he will remind everyone who's been sleeping on him.”

“I know what I'm doing. We have a great team with me, Floyd, Al Haymon, and Stephen Espinoza. When we put our heads together, we produce a big star who is the cream of the crop.

“It's all about timing for when these big fights happen. It has to make sense for both sides. I tried to make the Ryan Garcia fight on two occasions. We tried to fight Tevin Farmer, as well as other guys I don't want to mention.

“Every promoter out there wants to be in the position we're in. It's very hard to build your guy into an attraction and a ticket seller. If Bob Arum was doing this s—  nobody would be saying anything about it. Because you best believe, he has a stable of fighters and wants his guys fighting his guys. He's not going to hand the titles to Mayweather Promotions or PBC. Just because you win the belts, it doesn't make you a star. Tank doesn't need any belts to be a star. Tank is willing to fight everybody.”