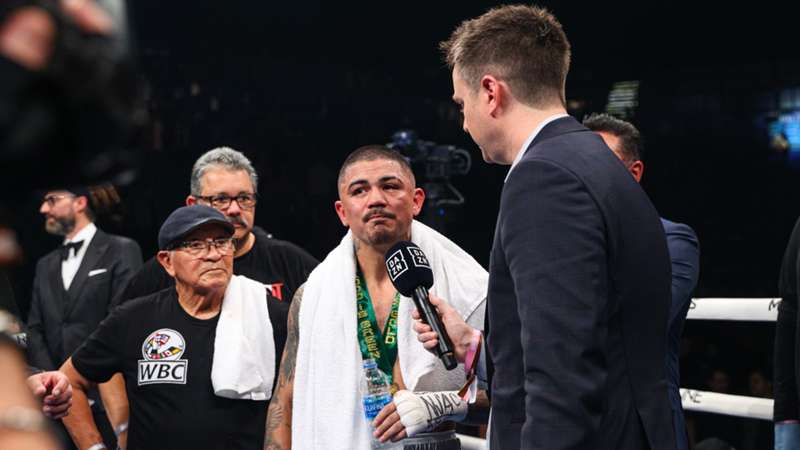 The challenger fluffed his title challenge but will continue fighting.

JoJo Diaz blamed Vaseline getting into his eyes in the 12th round for not being able to press home an advantage against Devin Haney.

The challenger put up decent opposition against the WBC champion but lost clearly and unanimously on the judges decision.

Diaz believed he had a chance in the championship rounds, when he started brightly at the start of the 12th, but said obstructed vision stopped him from exploiting the moment.

“I had him hurt at the start of the twelfth round but the f—ing Vaseline got in my eyes,” he told DAZN's Chris Mannix after the fight.

“I was trying to clean that up so I could get him with a good shot again, but couldn’t get it done.”

Despite the loss, the 29-year-old said he would continue to fight after a strong performance.

“I feel like I belong with the best and I’m going to keep on challenging the best until my career is over,” explained Diaz.