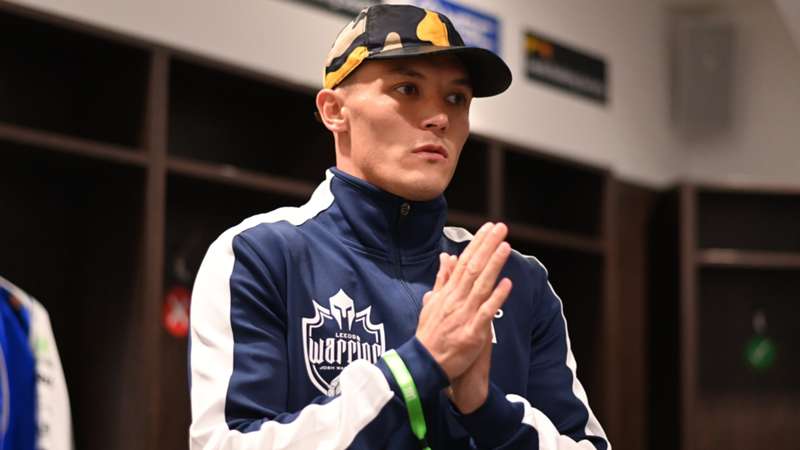 Warrington and Martinez are set to fight in 2022.

Josh Warrington claimed he dropped his kebab in shock when he discovered that Kiko Martinez defeated Kid Galahad.

Warrington had beaten Martinez in 2017, and the former IBF featherweight champion is set to face Martinez this year.

Martinez defeated Galahad by knockout last year, setting up the pair for their second might on March 26.

Speaking to talkSPORT, Warrington said he was not watching the fight: “I’ve actually not watched it all the way through.

“I’ve only seen highlights because the night it happened, me and Maxi Hughes were doing an exhibition in Leeds.

“There’s a story actually because I’d left the exhibition and I said, ‘Right, I’m gonna get home and watch the boxing.’

“In the meantime I was in Leeds city centre so I said to the missus, ‘I’m gonna get a kebab.’

“So I’m in the takeaway, I get my phone out, I’m on Twitter, I see that Alex Arthur put, ‘Kiko looks shaky in round one.’

“I thought, ‘I know where this is gonna go, it’s gonna be an easy night.

“So I jumped in the car and thought, ‘I might stick it on,’ but for some reason the car radio wasn’t working.

“And then I get about half a mile from my house and there’s something going on – my phone’s gone absolutely nuts.

“I had about 40 messages, ‘Are you watching the boxing, Josh?’

“I rush into my house and my missus turns round and goes, ‘Kiko’s champion.’

“I dropped my kebab all over the carpet.

“I had a doner kebab – it was chilli sauce all over the furniture. I couldn’t believe what I was seeing.”

Watch Warrington's rematch with Kiko Martinez, with the IBF featherweight title at stake, live on DAZN Saturday Mar. 26 (except in Australia and New Zealand).