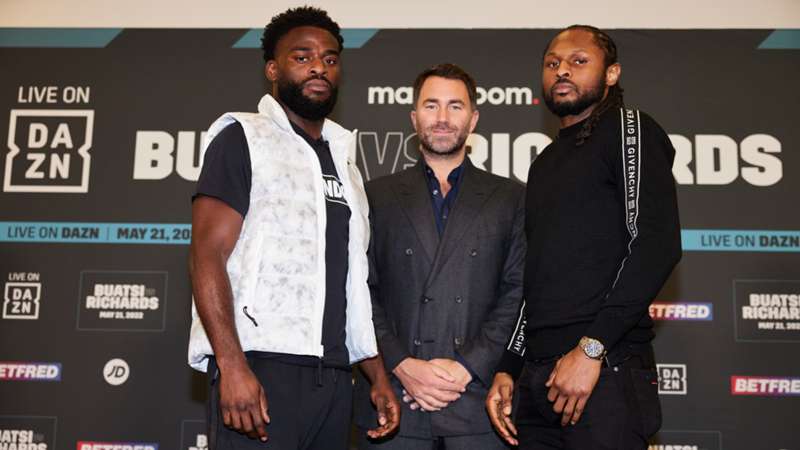 All the betting details for Saturday night's light-heavyweight clash in London.

Expect fireworks at London's O2 Arena when Joshua Buatsi and Craig Richards meet in an all-British showdown at light-heavyweight.

The two South London fighters meet in what should be a thrilling contest with world title implications at stake.

The pair do have previous history after meeting as amateurs in 2014 which saw Buatsi come out on top, however, a lot has changed since with both fighters establishing themselves as top contenders at 175lbs.

Saturday night has the potential to be another memorable event accompanied by an electric atmosphere on DAZN and there are plenty of bets to be made so let's take a look.

(Odds courtesy of Betfred; available for betting in the United Kingdom and Ireland only)

Buatsi boasts a professional 15-0 record with 13 of those wins coming by way of knockouts, while Richards is 17-2-1 with 10 knockouts.

For both men this is a crossroads fight.

Win and a world title opportunity is not too far away, lose and it will be a long road back to being one of the top contenders at 175lbs.

Joshua Buatsi is known for his punching power and with Virgil Hunter in his corner, he will not be afraid to let his hands go.

However, it will take something special to stop Craig Richards. After going the full 12 rounds with WBA champion Dmitry Bivol last year, 'Spider' has proven he can share the ring with the best in the light-heavyweight division.

The pair come into this domestic clash on the back of stoppage victories in their previous fights so expect plenty of power shots being thrown, but in this particular instance, Buatsi's power will be the difference in the latter stages against a tiring Richards.

Astbury's pick: Joshua Buatsi to win round 11 (16/1 on Betfred - UK/Ire customers only)