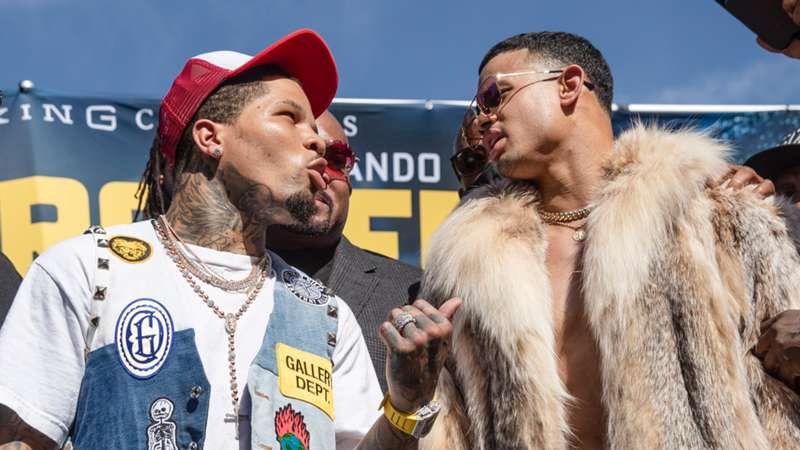 The feud between Gervonta Davis and Rolando Romero is as real as it gets. Every form of trash talk and offensive comments have come out of their respective mouths when talking about one another.

The knockout artists will finally let their fists do the talking tonight as Davis defends the WBA (regular) lightweight title against Romero from the Barclays Center in Brooklyn, N.Y.

Davis and Romero were set to lock horns in December. But Romero was the subject of a sexual assault case and was subsequently pulled from the fight and replaced by Isaac Cruz. The case was later dropped, which cleared the way for Romero to get the fight he's been looking for.

Cruz gave 'Tank' a more challenging fight than many expected. But when it was all said and done, Davis showed championship heart in the 12th and final round to win by unanimous decision. The 27-year-old finally gets to settle the score and looks to quiet all the talking once and for all.

“We’re ready, and we’ve been in camp," Davis said at their press conference in April. "This isn’t our first time getting ready for ‘Rolly’. We saw how he choked up when the lights are in his face. We’ll see how he reacts when everyone is cheering against him on fight night."

On the other hand, Romero competed two times in 2021 and won both of those inside the distance over Avery Sparrow and Anthony Yigit. For Romero, it's the opportunity he's been looking and one he plans on taking advantage of.

“I think ‘Tank’ is an amazing fighter, but this is going to be the easiest fight of my career," Romero said. "It’s going to say a lot about my legacy when I knock him out. ’Tank’ gets punched a lot. I think he’s going to run right into something big."

Here is everything you need to know about Gervonta Davis vs. Rolando Romero.

When is Davis vs. Romero, date and start time tonight

What channel/stream is Davis vs. Romero on tonight

The fight will be broadcast on Showtime PPV in the US, and UK rights haven't been announced at this time.

Where is the Davis vs. Romero fight tonight?

The fight takes place at the Barclays Center in Brooklyn, N.Y.