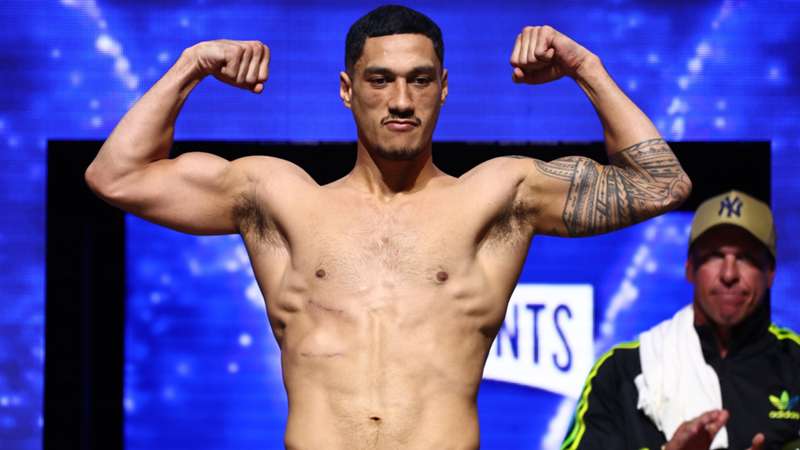 Jai Opetaia is set for the biggest night of his career on Saturday when he takes on IBF cruiserweight champion Mairis Briedis on the Gold Coast.

The fight has been postponed twice due to injuries and COVID-19, but the Australian finally gets his world title shot in front of a home crowd, and expectations will be high against one of the best at 200lbs.

After losing to Oleksandr Usyk in 2018, Briedis has gone on to dominate the cruiserweight division. But if Opetaia can overcome the Latvian, it will be a huge upset. There are endless possibilities for what he can do next, including some substantial unification fights against the likes of WBO champion Lawrence Okolie.

This fight will be Opetaia’s first shot at a world title, but the 27-year-old has found success at an interim level.

The Australian has fought for the WBO Global, IBF Asia Ocenia, and WBA Oceania cruiserweight titles in the past, but this Briedis will be a huge step-up from those interim title fights.

With just 21 fights on his professional record, Opetaia is continually developing as a professional, but he has had a wealth of amateur experience. The Australian won bronze at the 2012 AIBA World Youth Championships at heavyweight before competing at the 2012 Olympics in London. Unfortunately, Opetaia wasn’t able to get past the first round.

However, his most significant win came in the pro ranks when he fought Germany’s Lukas Paszkowsky for the vacant WBO Asia Pacific cruiserweight title in April 2018.

Opetaia was victorious that day, stopping Paszkowsky in round two. This win was Opetaia’s eleventh consecutive stoppage which cemented him as one of the cruiserweight division's hardest hitters.

When is Briedis vs. Opetaia? date, start time

What channel/stream is Briedis vs. Opetaia?

Where is the Briedis vs. Opetaia fight?

The fight will take place at the Gold Coast Convention and Exhibition Centre.