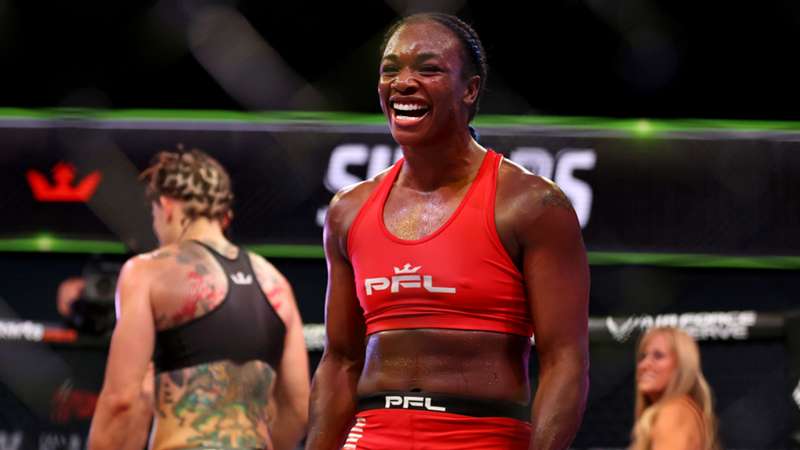 Shields avoided a likely loss on the scorecards with the finish in the final round.

Olympic and world boxing champion Claressa Shields has made a winning start in her quest to become a dual-sport superstar, overcoming a challenging introduction to the world of MMA to secure a third-round stoppage win over Brittney Elkin at PFL 4 on Thursday.

Shields weathered several Elkin advantages on the mat in rounds one and two, with her grappling inexperience shining through. Nonetheless, with a finish likely required to avoid a debut loss, the Michigan fighter delivered.

One powerful right hand forced Elkin to go back in search for the takedowns that worked well enough for her in the first two frames. This time, however, Shields blocked the attempt and followed up with a flurry of strikes that prompted the stoppage after 1:44 in the third.

“I feel like I am dreaming,” Shields said of the win. “This is crazy.

“She had me on the ground, but she never hurt me,” Shields added. “When that third round came, I said to myself, I’m going to dog her. ... I am not going to lose this fight.

“I just had a never quit attitude every round. Never give up, that’s what I told myself.”