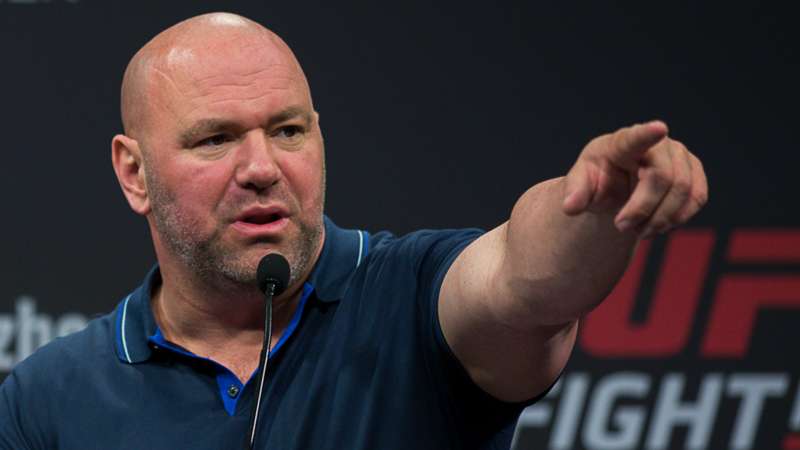 The UFC president blasted the report, even making his response personal.

On Wednesday, various reports broke about Endeavor laying off 250 staffers across its businesses. Since Endeavor teamed up with private equity firms to purchase the UFC for $4 billion in 2016, Dana White wasn't happy with any implications that the UFC would be laying off employees. In fact, the UFC president bashed the report while speaking with TMZ Sports.

"I'm telling you guys again, most of what you read is not true," White began saying, before getting ultra personal with the reporter who wrote the story.

"And for somebody who's supposed to be a reporter to be gloating about people losing their jobs? I said it before, you piece of s—, nobody will lose their job at the UFC! Nobody's getting laid off, it's not gonna happen. The other side of Endeavor laid some people off. I'm not laying anybody off. It's not gonna happen!"

White's vehement response comes in the midst of the coronavirus outbreak and him still wanting to make sure that not only Khabib Nurmagomedov vs. Tony Ferguson happens as scheduled on April 18, but that the rest of the UFC 249 card is bolstered around it.

The UFC president crashed ESPN's Brett Okamoto's Instagram Live session with Francis Ngannou on Wednesday morning and spoke about the possibility of adding Ngannou vs. Jairzinho Rozenstruik to the card in an overall attempt to make UFC 249 "the baddest card that's ever been done." Prior to that, White told Yahoo Sports that UFC 249 will be a "closed event" without any fans, but wouldn't reveal the location.

During that same conversation with Yahoo Sports, White remained tight-lipped on whether UFC 249 fighters will be tested for COVID-19.

Ngannou vs. Rozenstruik was originally scheduled for March 28 but was one of three UFC events postponed due to the COVID-19 global pandemic.