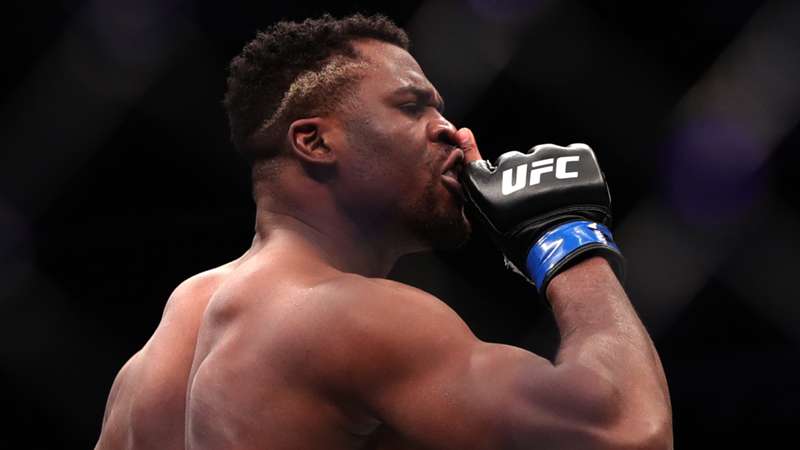 The heavyweight doesn't want to leave any stones unturned in his fighting career.

Francis Ngannou was supposed to fight Jairzinho Rozenstruik at UFC 249 on April 18, before the coronavirus pandemic dashed those plans and postponed the card.

But Ngannou furthering his desire of becoming the UFC world heavyweight champion someday isn't his only dream.

When speaking with Mike Pendleton on "Inside The Cage," Ngannou said that he sincerely believes that he could match up with heavyweight boxing champions Anthony Joshua and Tyson Fury and former titleholders Deontay Wilder and Andy Ruiz Jr.

Ngannou said that his ambition to cross over to boxing has a lot to do with the sweet science being his first love before he even discovered mixed martial arts.

"I have to think, I'm at some point of my life where I have to do whatever I like," the 33-year-old added, "what I love to do to check all those boxes."

Once the coronavirus subsides and Ngannou tries to hunt down the UFC championship, perhaps he'll get the chance to cross over into boxing.

After all, he just put the biggest heavyweight names on notice.