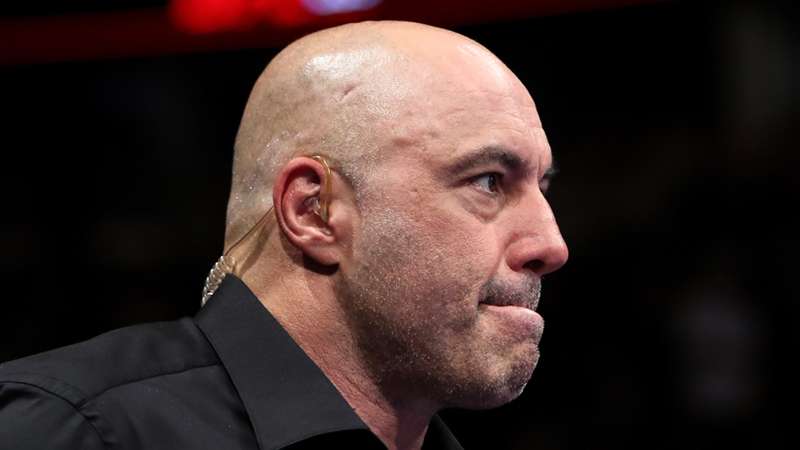 The longtime UFC commentator says he was only "75 percent" ready to do commentary for the event.

The sudden postponement of UFC 249 triggered plenty of reaction throughout the MMA community on Thursday.

"I was 75 percent ready to go," Rogan said on his podcast about providing commentary for the April 18 event amid the coronavirus pandemic.

UFC 249 was set to take place on the tribal land of the Tachi Palace Casino Resort near Fresno, Calif.

"The only thing that worried me is that if I contracted something and then I came in contact with other people," Rogan continued. "So, what I was going to do is do it if I could definitely get tested and then I would have to know the results before I come back ... but f—ing even then, you don't know."

Upon making the announcement of the postponement Thursday, UFC president Dana White said that Rogan was set to work the show.

In explaining the actual postponement of UFC 249 and the company's immediate events to follow, White said the decision came from Disney, the parent company of ESPN, which streams UFC's events.

To that, Rogan stated: "I think they probably made a risk assessment and then they made a calculation of what the negative aspects of going against government regulations, in terms of state government, would be and they probably were like 'you can't do this.'

Rogan tried to put himself in the shoes of White, dealing with constant demands.

"Imagine being a president of the UFC," Rogan said on his podcast. "F— all that. Imagine having all these fights that you have to make and having all this pressure on you and you're also like a famous guy like Dana is. Imagine being that guy.