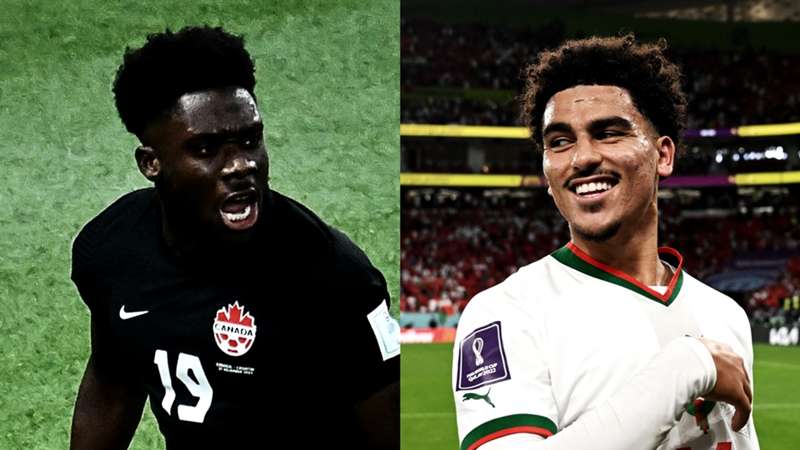 The Canadians will try to make a graceful exit from Qatar 2022.

It's the end of the line for Canada, but Morocco will hope for a result to see them through to the round of 16 as the teams meet on Thursday.

The Canadians showed well in their first match at a World Cup in 36 years when they pushed Belgium to the brink in a 1-0 loss to open their tournament, and they managed to score their first-ever goal at this level just 68 seconds into their match against Croatia. But a Croatian masterclass for the remainder of that game saw the North Americans eliminated after a 4-1 loss, and now Canada will be playing for pride and the possibility of earning their first-ever point.

Meanwhile, Morocco enter the match tied with the aforemention Croatians atop Group F with four points, meaning a draw will be good enough to secure advancement to the knockouts for the African side. If they pull it off, the Moroccans would be playing knockout-round football at a World Cup for the first time since 1986.

Here's everything you need to know about Thursday's match.

Canada vs. Morocco: What time is kickoff at Qatar 2022?

Canada vs. Morocco: How to watch on TV or streaming

Canadian fans can watch on CTV, TSN, RDS and their streaming services.

Viewers in the United States can watch the match on FS1 (English) or Telemundo Deportes (Spanish). Both of those channels can be streamed on fuboTV.

Canada vs. Morocco: What stadium is hosting the match?

Along with two other venues, the Al Thumama Stadium is the smallest at Qatar 2022 but is visually unique from its counterparts.