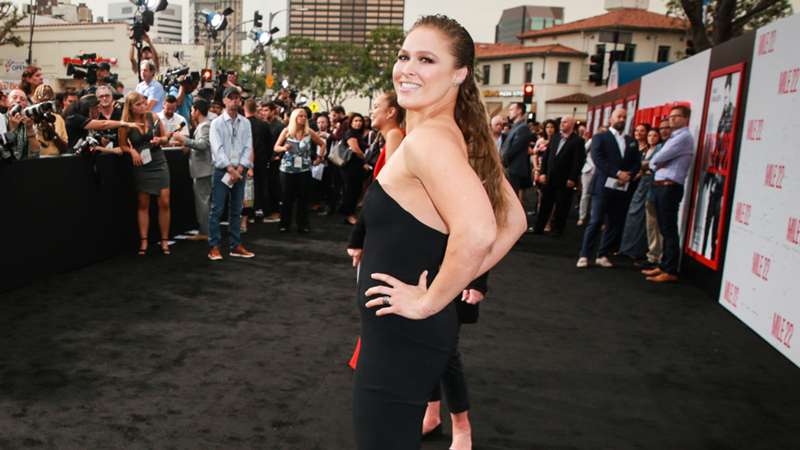 Rousey would only consider a part-time plan moving forward with the company.

Don't hold your breath waiting for Ronda Rousey to return to WWE. It might never happen, and if it ever does, it will be in a limited capacity.

In speaking with Steve-O's "Wild Ride!" podcast, Rousey blasted the WWE Universe of fans for not understanding the sacrifices she made just to be a WWE Superstar and said they're partly to blame for her decision to walk away from the company.

“What am I doing it for if I’m not being able to spend my time and my energy on my family but instead spending my time and energy on a bunch of f—ing ungrateful fans that don’t even appreciate me?” Rousey said. "The thing is, I love performing, I love the girls, I love being out there, but at the end of the day, I was just like 'f— these fans, dude!' My family loves me and they appreciate me, and I want all my energy to go into them."

That being said, Rousey hasn't completely shut the door on returning to WWE. It's just that if she does, it will have to be on her terms.

"Well, if I ever do come back, it will never be in a full-time capacity ever again," Rousey said. "I think for like stints, chunks of time, I'm very much like an obsessive person where I like to obsess over something for a certain amount of time and then take some time to obsess about something else.

"But, no, I'll never be full-time again, over 200 days a year on the road like that ever again," she continued. "I needed to do it in order to learn and get immersed into it and really understand what was going on, but it's just not the lifestyle for me."

If this is the end of Rousey's WWE career, it was short-lived, but it was a historic jaunt, nonetheless.

Rousey, 33, made her WWE debut at WrestleMania 34 in April 2018, before snatching the Raw Women's Championship at SummerSlam later that year to become the first woman to win a title in the UFC and WWE.