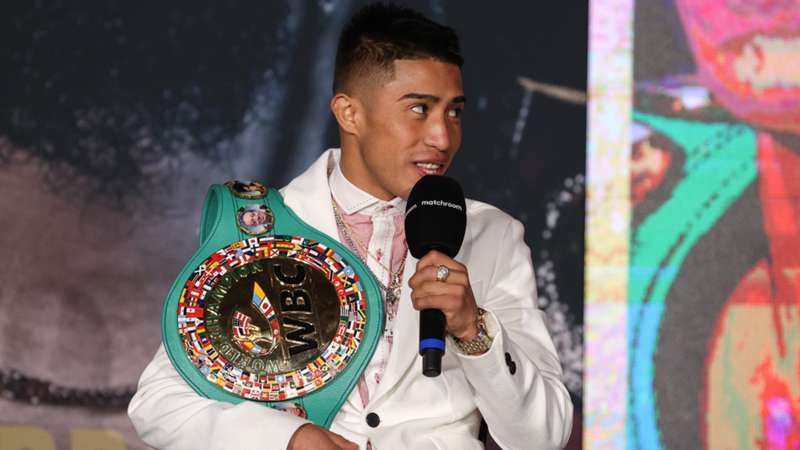 To the dismay of boxing fans across the world, the third fight between WBA, WBC and Ring Magazine Juan Francisco Estrada and Roman 'Chocolatito' Gonzalez will not be happening on March 5th.

However, fans will still be treated to what could be a fight of the year contender when WBC flyweight world champion Julio Cesar Martinez faces Gonzalez on the same date in a clash that will be broadcast across the world on DAZN (except Mexico and Latin America).

This highly anticipated matchup was a topic of discussion on JABS and for DAZN Boxing analyst Sergio Mora, Martinez is not making a mistake by moving up in weight to fight the boxing legend.

"No, he is not because I think this is the right time for Martinez who has the momentum going his way," Mora said.

"He’s the younger fighter at 26-years-old, he’s a relentless punching machine from different angles. He’s going to be difficult for anyone to fight and he’s been making a splash in flyweight.

"We know that ‘Chocolatito’ is the flyweight king, one of the greatest fighters of our era, a four-division world champion and every fighter wants a legend on their resume."

Chris Mannix agreed with Mora when it came to deciding whether Martinez was making a mistake and believes the risk for the Mexican is minimal.

"I don’t think there’s any downside for Martinez. If he moves up and he loses, he can always drop back down," Mannix began.

"Now, if I’m Martinez, I’m not looking at it that way either. 'Chocolatito' looked great against Estrada, but I think you brought this up in the aftermath of the Estrada v Chocolatito part two fight last year that maybe that was the fight that 'Chocolatito' left it all on the table. He poured everything out of him to get one last great performance which he submitted against Estrada.

" 'Chocolatito' has done a great job rebuilding himself in the aftermath of the back-to-back losses to Sor Rungvisai. He beats Kal Yafai and then has a tremendous fight against Juan Francisco Estrada, that may have been the end and if that was the end of 'Chocolatito', a big puncher like Martinez has a great shot to win."