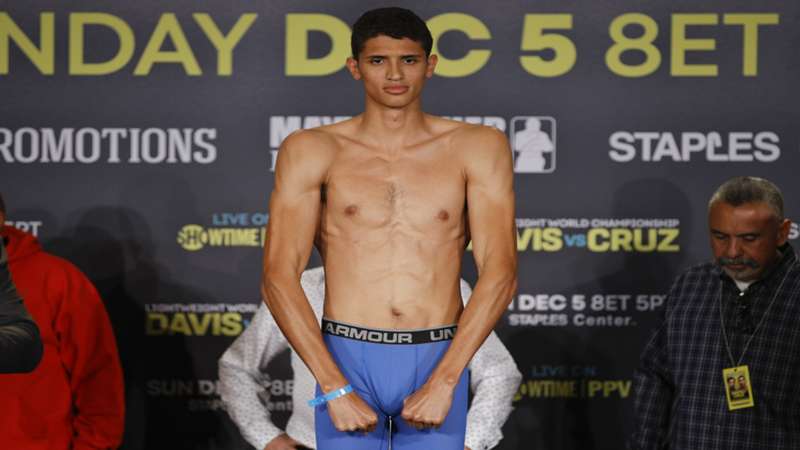 It's quite amazing how the junior middleweight makes weight.

You take a look at Sebatian Fundora and the first thing to pop in your head is, how does make the junior middleweight limit of 154 pounds?

He's 6′ 5½″ and possesses an 80-inch reach, which is unusual for even a heavyweight, much less someone who competes in the lighter weight class. It's not all skin and bones as there's muscle mass on Fundora. What is the secret to making 154 pounds? For "The Towering Inferno", it actually doesn't require much work in the slightest bit.

Normally, the day before he tips the scales, Fundora usually eats pasta and chicken. Prior his last fight in May, a stoppage win over Jorge Cota, Fundora ate a meal that all fighters would dream of the day before a weigh-in.

"Last time we went to Outback and we got a 34-ounce steak," Fundora said.

Fundora (17-0-1, 12 KOs) is only 23 years of age. Being so young gives the impression Fundora still can pack on weight to fit his frame. Someone the size and body of Fundora should easily at some point move up as high as light heavyweight or potentially cruiserweight. He knows sooner or later, he's going to struggle to hit the 154-pound mark, so it's not a matter of if, but when.

Big things lie ahead if Fundora takes care of Garica. This fight is a WBC title eliminator. A win and he becomes the mandatory challenger for the winner of the expected rematch between Jermell Charlo and Brian Castano that is likely to occur in either February or March. Fundora understands the stakes but isn't getting caught up in that. Regardless of when the opportunity presents itself, Fundora will make sure he's ready.

"We'll see if it could be the next one," Fundora softly said.

"Why not? But if it's next one after that. I feel like we're already there. We're almost at the top to fight for the championship belts. Whether it's a fight or two fights or even three fights later, we'll be more than ready."