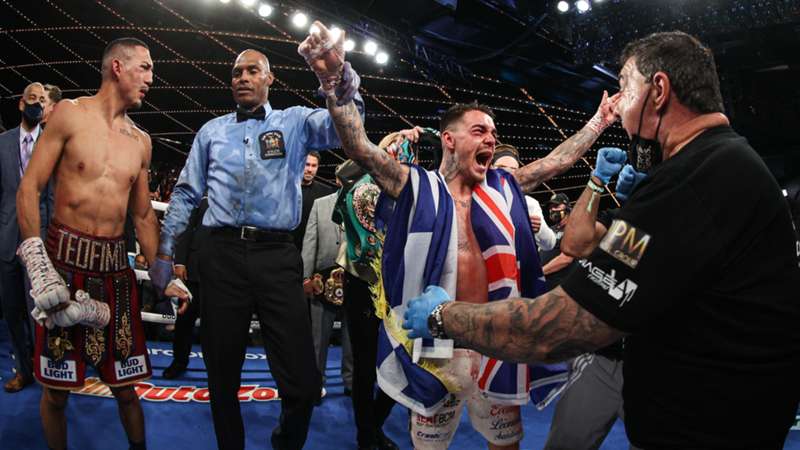 There will be no second fight between George Kambosos Jr. and Teofimo Lopez Jr.

Beaten champion Teofimo Lopez Jr.’s trainer and father, Teofimo Lopez Sr., said he made a mistake in not moving his son up the weight classes sooner.

Both father and son have discussed their intention to move up to 140lbs when speaking to the media ever since his win over Vasiliy Lomachenko.

With no rematch clause in place for another tilt at George Kambosos Jr, the new champion, Lopez Sr. said the ultimate intention is to fight unified junior welterweight Josh Taylor.

“We’re going to go up to 140lbs, get a fight in February, and then fight Josh Taylor. This doesn’t change anything,” he told Secondsout after the fight..

“Everybody knows he won that fight,” he continued.

“Everybody was upset; they booed the decision in MSG. It’s a bulls— loss, and I had it 10 to two, nine to three.

“We’re going to keep doing big fights, selling out arenas like we did tonight.

“I don’t blame my son for nothing. We’ve been at this weight for eight years at 135, and it’s time to move up.”