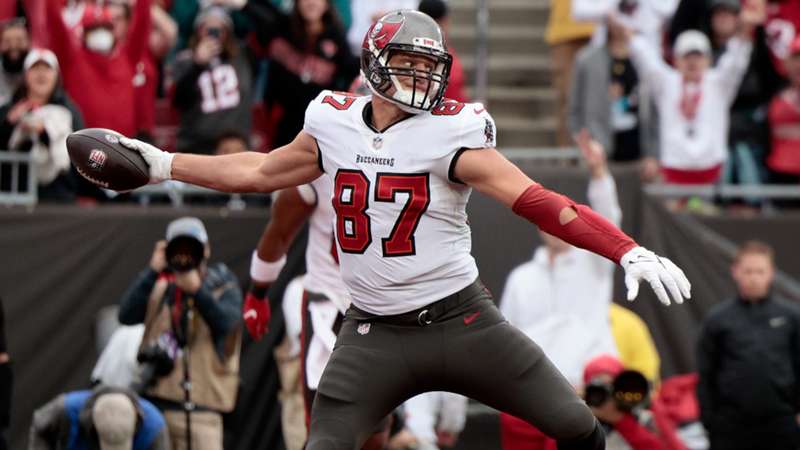 (Getty Images)
Watch the 2022 NFL season on DAZN in Canada

Perhaps the best tight end of this era is calling it a career.

Tom Brady's security blanket is deciding to hang up the cleats for good.

"I want to thank the whole entire first-class Buccaneers organization for an amazing ride, trusting me to come back to play and help build a championship team," Gronkowski said. "I will now be going back into my retirement home, walking away from football again with my head held high knowing I gave it everything I had, good or bad, every time I stepped out on the field.

"The friendships and relationships I have made will last forever, and I appreciate every single one of my teammates and coaches for giving everything they had as well. From retirement, back to football and winning another championship and now back to chilling out, thank you to all."

This isn't the first time Gronkowski has left the NFL. In 2018, while with the New England Patriots, Gronkowski retired because of injuries. He appeared to be content with his life until he received a call from Brady in 2020 to play for the Buccaneers.

"Teammate, friend, brother, just a few of the words that come to mind when I think of @gronk," Brady said on Instagram. "Nobody has ever embodied the idea of 'leaving it all out on the field' like Rob has throughout his entire career. Every single snap, I knew that no matter how many people you put in front of him, he was going to get to his spot.

"Even more important is the person he was off the field. Focused when he had to be, and FUN the rest of the time. Having Gronk in your locker room was every NFL players dream. I'm proud of all that we've accomplished together, and even more excited for all you have ahead of you. Congrats Gronk, you deserve it."

Gronkowski was drafted by the Patriots in the second round of the 2010 NFL Draft. For his career, Gronkowski had 621 receptions for 9,286 yards. His 92 total touchdowns are the most for an NFL player since 2010.