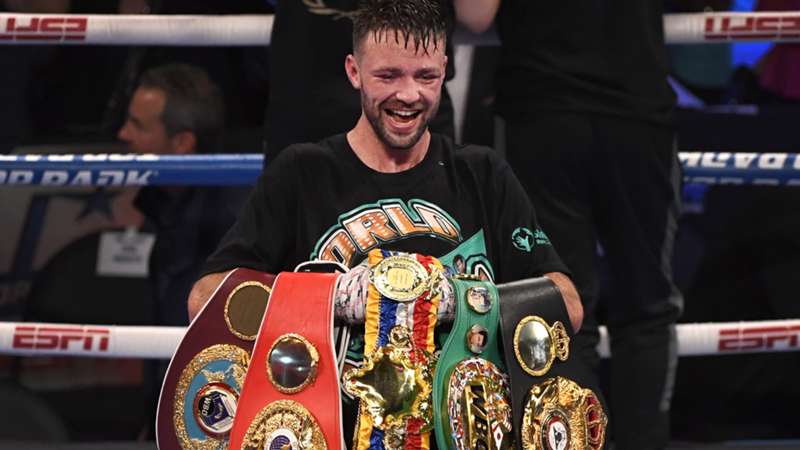 "The Cobra" has had his say on a potential fight between Josh Taylor and Terence Crawford.

The former super-middleweight champion, one of boxing’s most entertaining fighters in recent times, has been impressed with Taylor’s rise but feels the unbeaten Scot would just fall short against the brilliant Nebraskan.

Taylor, who defends his world titles at 140lbs against Chorley’s Jack Catterall on December 18th in Glasgow, has previously discussed a move to welterweight where a number of big challenges await him. With himself and Crawford both competing under the Top Rank banner, it appears a straightforward match to make and Froch believes Taylor deserves a massive opportunity.

"Josh certainly deserves to be in there with someone like Crawford,” said Froch when speaking to BBC Sport. “That's a name that is right at the top of my pound-for-pound rankings. I don't want to say he beats him, but he belongs in there with him."

"If I had to pick who would win that fight, I'd have to be honest and say Crawford, but there's no reason Josh Taylor can't beat him. In boxing if you're not firing on all cylinders and don't put in a 100% performance, anything can happen."