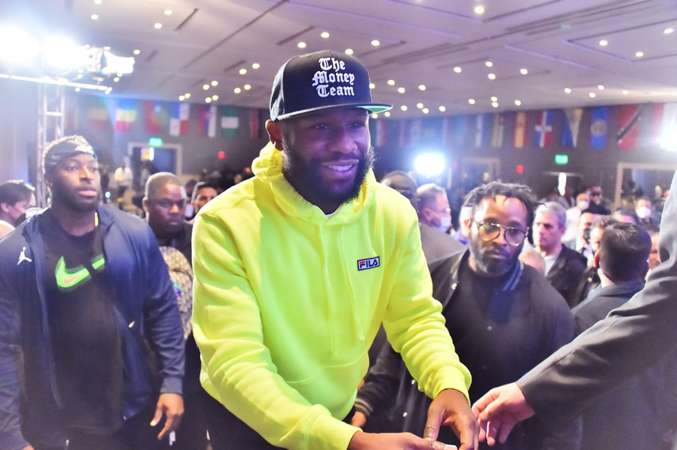 During his legendary career, Mayweather went 50-0 and became a pound-for-pound great. Since retiring after his tenth-round TKO over Conor McGregor, Mayweather's taken two exhibition contests against Tenshin Nasukawa and Logan Paul.

Now, Mayweather continues the exhibition tour of sorts on Saturday as he takes on former sparring partner Don Moore from the helipad above the 59th floor of the Burj Al Arab Hotel in Dubai.

While people expect nothing more than Mayweather not taking the "fight" too seriously and putting on a show like he did against Paul, Moore claims he's taking it very seriously and vows to do what no one has done before.

"I'm going to stay on Mayweather’s chest, and it's going to be toe to toe action," Moore told Betway Insider US blog. "This is an exhibition, but he's trained hard. I've trained hard.

"This is unfinished business - Floyd knows I'm a problem, and he can be beaten like any other fighter. I'm humble, but I'm also a fighter, so this is business, not personal.

"I can be the first man to beat Floyd Mayweather. I have the blueprint. Roger Mayweather, Floyd's uncle, prepared me to beat anyone.

"My style of fighting and what I do in the ring, nobody has seen because I haven't had that perfect opportunity to showcase my talent. But now I'm blessed to be able to fight in Dubai and showcase the talent that I have, showcase the undefeated fighter that I am against Floyd Mayweather in front of the whole world.

"It's going to be action-packed. Don't get no popcorn. Don't blink."

What type of finish does Moore envision when he's lying in bed at night thinking about how he'll beat Mayweather?

"We've been sparring in the past, but sparring is sparring, and this is a real fight," Moore said.

"I've been in the ring with Floyd on multiple occasions. I just know how to beat him. Some days he had some great days against me, and some days I had some amazing days against him. But this is not sparring. This is real live-action boxing.