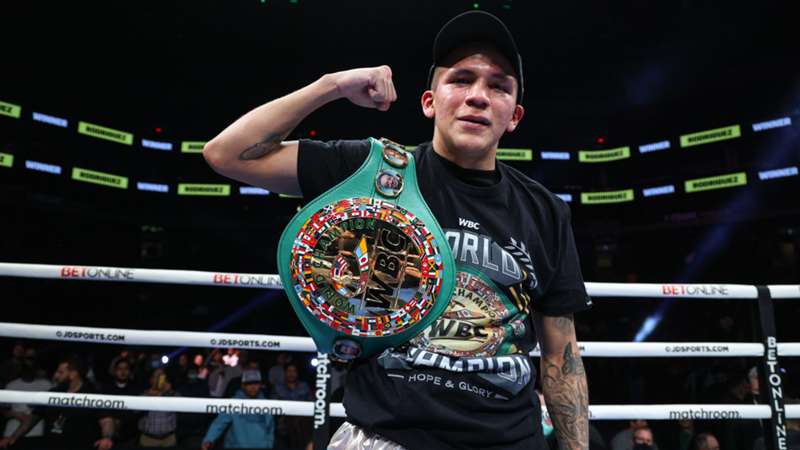 Jesse Rodriguez became the youngest world champion in boxing in February when he stepped up on less than a week's notice to defeat Carlos Cuadras to win the vacant WBC super flyweight title.

Now, the 22-year-old jumps right back into the fire as he looks to make his first successful title defense on Saturday as Rodriguez battles former two-time WBC titlist Sriskat Sor Rungvisai from Tech Port Arena in San Antonio, Texas. You can see the fight live and exclusively on DAZN.

Rodriguez (15-0, 10 KOs) checks every box to have what it takes to become one of boxing's significant superstars. A win over one of the premier guys at 115 pounds over the last decade puts him closer to that position.

“I love Bam. I think he’s a star,” Hearn told Boxing Scene. “When you can map out the future of a fighter like Bam Rodriguez—Bam fought Cuadras on six days’ notice and at a higher weight. Now he’s fighting Rungvisai. Then, we can match him with Chocolatito, Estrada, and Julio Cesar Martinez, all back-to-back-to-back. That’s a f—in’ pound-for-pound run.”

“That’s exciting. Those fights are so easy to make,” Hearn said. “Two fights ago, Bam was at like $30,000. Now he’s making ten times that for his next fight. He’s been grafting in the gym with Robert Garcia for years. He’s really good. He may even be the favorite against Chocolatito right now. It’s crazy.”