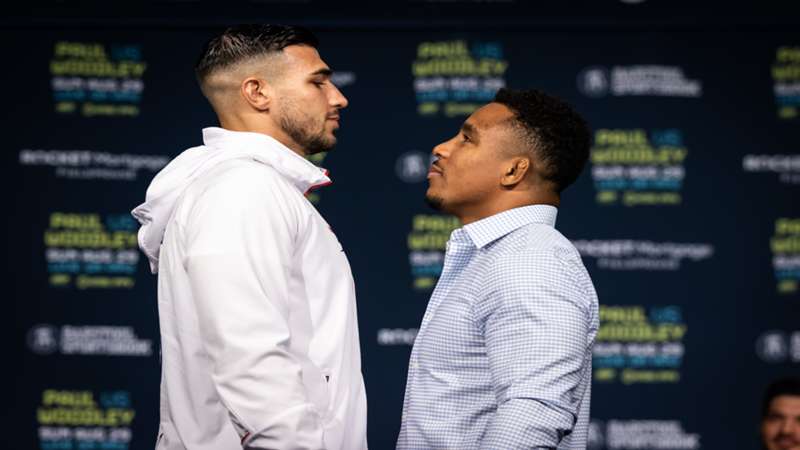 Tommy Fury and Jake Paul were set to collide on December 18.

Anthony Taylor is the latest fighter to take aim at Tommy Fury following the British fighter’s withdrawal against Jake Paul.

Fury and Paul were finally set to collide on December 18th, but a rib injury sustained by Fury has forced him out of the contest.

Paul is now set to go over familiar ground as he now faces Tyron Woodley later this month in a rematch from their meeting earlier this year when the popular Youtuber defeated the former UFC star on points.

The same show saw Fury outpoint Taylor and the novice pro had some choice words for his previous rival.

"I’ve been saying this for a long time, Tyson and Tommy are not cut from the same cloth,” said Taylor when speaking to Betway.

"Tyson is that strong Bounty paper towel and Tommy is a cheap toilet tissue. I knew that Tommy was going to pull out."

Taylor continued, “The real reason he’s out of this fight isn’t because of some injury, it’s because of his physical conditioning. He was so busy partying with his brother after Tyson won that fight. Jake is in the gym all the time.

"If this fight with Jake ever does get made, Tommy is in for a rude awakening."