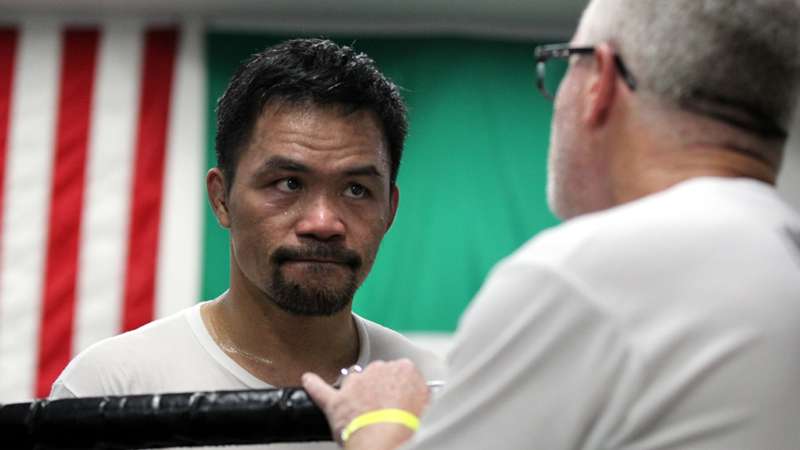 Errol Spence Jr.'s coach Derrick James is preparing for the biggest night of his fighter's career so far.

A loss for Pacquiao will most likely result in the 42-year-old calling time on what has been a historic career, and his political aspirations mean it could also be his final fight regardless of the result.

However, after recently watching training footage of the eight-division world champion, James believes Pacquiao can still cause problems.

Speaking to FightHype, James is aware Pacquiao will be looking to make a statement on August 21st.

"[Pacquiao] still got it. He still has the angles, he still got those intangibles that make [him] great.

This will be Pacquiao's first fight since beating Keith Thurman in July 2019 to claim the WBA welterweight title, while Spence's most recent outing came in December 2020 where he beat Danny Garcia on points.