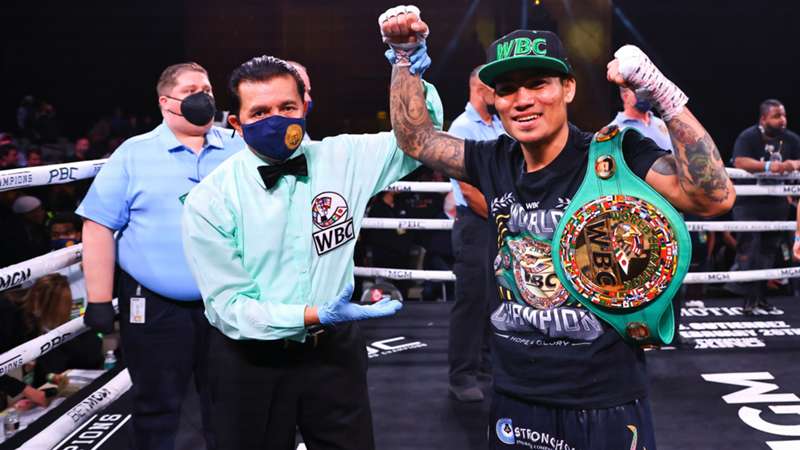 The Filipino returns on July 9 for his first title defense as he takes on former 122-pound champion Rey Vargas from the Alamodome in San Antonio, Texas.

“I am very thankful to my team for giving me the opportunity to defend my title in San Antonio,” Magsayo said in a press release. “I’m excited to be fighting in the same venue where my idol Manny Pacquiao fought Marco Antonio Barrera. That was the first fight I ever saw and the reason I started boxing. We are preparing for a strong Mexican fighter in Rey Vargas. Everyone knows what the Philippines vs. Mexico boxing rivalry brings to the ring, and I’m excited to display my talents for the boxing fans in Texas and watching around the world.”

Vargas (35-0, 22 KOs) returned from a layoff due to injury to score a near shutout decision victory over Leonardo Baez in his featherweight debut in November. The 31-year-old went on the road to the U.K. to capture his title in 2017, winning a decision over previously unbeaten Gavin McDonnell. After that, Vargas made five successful defenses of his title, defeating top contenders Oscar Negrete, Ronny Rios, and Azat Hovhannisyan. His fifth successful title defense came via unanimous decision over former world champion Tomoki Kameda in July 2019.

“This fight on July 9 will be a great battle against the Filipino warrior Mark Magsayo,” Vargas said. “This is going to be exciting combat from start to finish. We know that he has great power, but we’ll be ready to counter that and anything else he brings to the ring. This is going to be a magnificent fight, and I can’t wait to step in there and compete.”