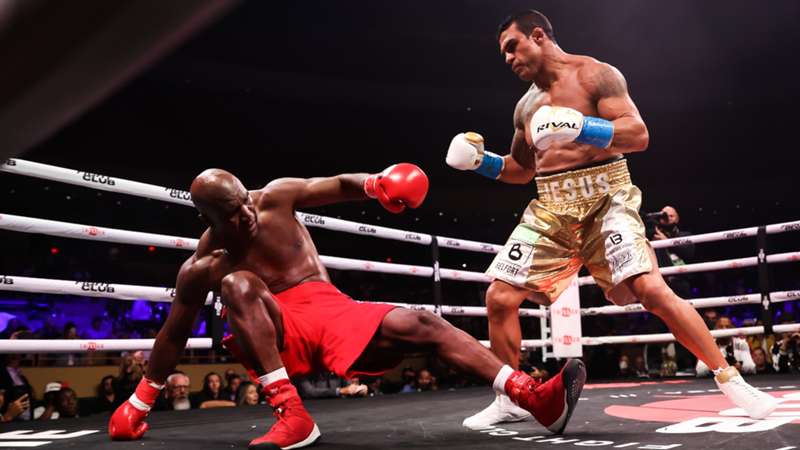 Evander Holyfield's controversial comeback has prompted much debate, including on The DAZN Boxing Show.

Evander Holyfield’s upsetting loss to Vitor Belfort was a big talking point of Monday's episode of The DAZN Boxing Show.

The former heavyweight champion was easily defeated in a matter of seconds by the ex-UFC star in a contest that drew a lot of criticism from members of the boxing community.

Holyfield, 58, was inside the ring for the first time in over 10 years and worries about his health were apparent in the build-up. The Atlanta fighter looked slow and feeble in training videos and his speech when conducting interviews was also a matter of concern.

Barak from The DAZN Boxing Show believes Holyfield had no business being in the ring last Saturday night.

“I like to respect everybody that gets into the ring,” said Barak, the show’s co-host. “But the biggest takeaway for me is that if you get a discount at the movie theaters maybe you shouldn't get in the ring.

"You shouldn't be in the ring at 58 years old even if you are one of the greatest heavyweights of all time.

“Mike Tyson is more famous, but you were much better than Mike Tyson. You beat Mike Tyson and you have a beautiful, beautiful legacy. You already fought way past your prime fighting into your late 40s. It just seems like he shouldn't have been in the ring."

Barak's broadcast partner Ak added: "Some might call it a circus. Some might even say it was fun to watch. But not me."