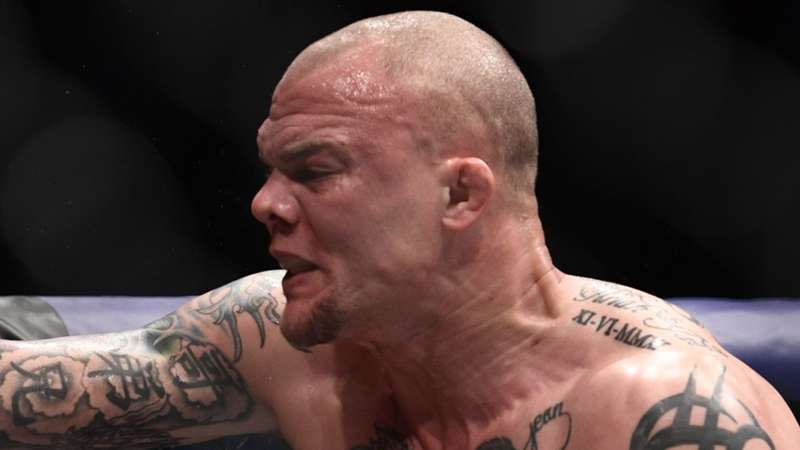 "Lionheart" can prove it Saturday against Ryan Spann in the headliner of UFC Fight Night.

Anthony Smith has had 51 professional fights, scrapping with the star likes of Rashad Evans, Mauricio Rua, Jon Jones, Alexander Gustafsson and Glover Teixeira along the way.

But it’s only recently that the 33-year-old believes he has unearthed the missing piece to his mixed martial arts fighting puzzle — control and being able to compute data in real time to slow down fights in the Octagon as they’re happening.

Entering his bout against Ryan Spann to headline UFC Fight Night on Saturday, the sixth-ranked light heavyweight wants to put his peers on notice that he’s figured out the holes in his game and has addressed them enough to spell looming danger for anyone locked in the confines of the Octagon with him.

“To be very candid, I think a lot of these f—ing guys are in trouble,” Smith tells DAZN. “I've really turned the corner the last seven months.”

Following back-to-back losses to Teixeira and Aleksandar Rakic during the spring and summer of 2020, respectively, Smith ended his year with a first-round submission of Devin Clark on a triangle choke in November. He then finished Jimmy Crute on a first-round TKO (doctor stoppage) in April.

Smith believes the victory over Clark coming off the unanimous decision loss to Rakic was the beginning of him turning things around for good.

“I ran out of time,” Smith first says about the loss to Rakic.

But Smith’s methodical submission had his fight IQ flex some serious muscle.

“You could see the strategic butterfly hooks, underhook,” he adds, before locking in the decisive triangle choke.

That has Smith believing that he’s newly-enlightened.

“I slow my mind down and instead of chasing the finish and gassing myself out, I just pick at it,” Smith says of his newfound approach. “I’m a little bit more controllable. I’m more of a dog on a leash nowadays.”

He adds for good measure: “My footwork is vastly different and methodical with every step and every movement that I make.”

Smith pinpointing an ability to slow down fights in real time runs counterpoint to a bulk of his victories that he claims he won off of fighting instinct alone.

“Half of those fights or more, I was beating people I shouldn't have been beating,” Smith says.

A more mature Smith will be tested against Spann, who is coming off a first-round TKO (punches) of Misha Cirkunov.

“He can stretch you out with either hand for sure,” says Smith.

But the light heavyweight believes a significant victory Saturday night at the UFC Apex in Las Vegas can catapult him back into title contention. He last fought for the light heavyweight title in March 2019, when he fell to Jones via unanimous decision. Working himself back to another championship shot has been heavy on his mind since.

“It's always world championship or bust for me,” Smith says. “The second I don't think I could win a world title, I'm gone … but I don't believe that.”

While a more cerebral approach has Smith keen on getting back there, he also warns that he’s still capable of being a “dog off the leash” if need be, too.