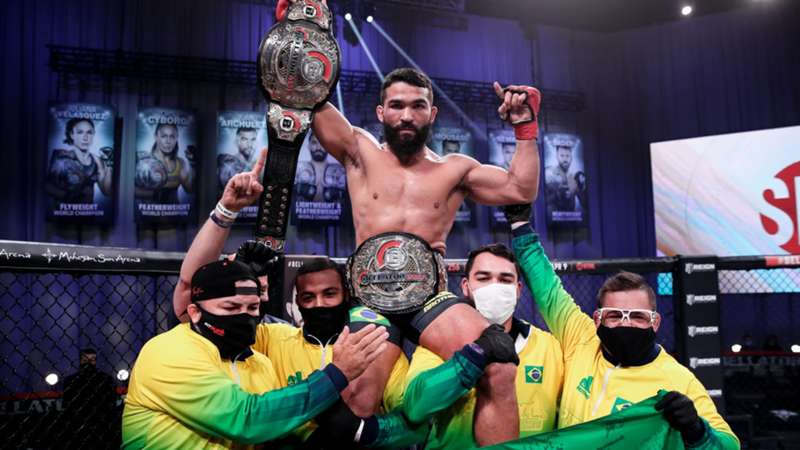 Bellator
Check your region for Eubank Jr vs. Benn on DAZN

The Brazilian is featherweight champion for the third time in his career with Bellator.

Patricio 'Pitbull' Freire will defend his featherweight championship against Adam Borics in California on Saturday, October 1 at Bellator 286.

The Brazilian has a 21-5 record in Bellator after 12 years in the franchise and has held the belt three times over the course of his career.

Borics has been with Bellator since 2017, with a 9-1 record, and has four consecutve victories behind him with the latest coming against Mads Burnell in March.

Here's everything you need to know about Bellator 286: Pitbull vs. Borics.

The fight will occur at Long Beach Arena in California.