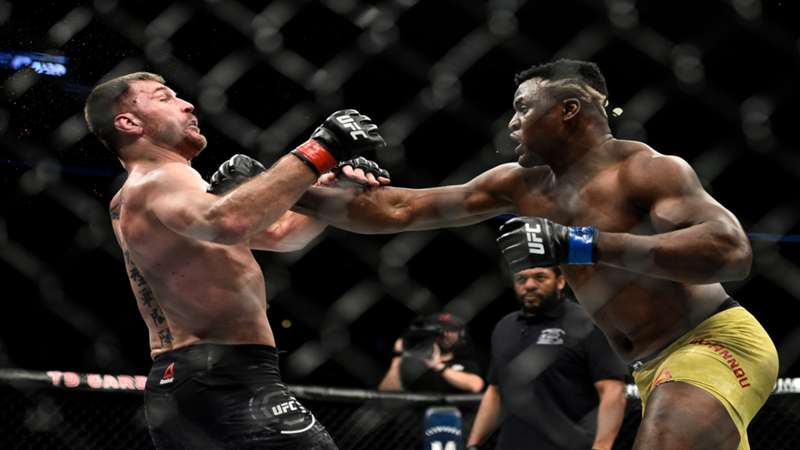 The former trainer of the UFC heavyweight champion doesn't have much faith in his old charge.

Francis Ngannou told the DAZN Boxing Show on Tuesday a fight against WBC heavyweight champion Tyson Fury will happen sooner rather than later.

"I do believe that that fight will happen," Ngannou said in the episode. "I think Tyson Fury wants that fight to happen, too. So eventually, it will happen at some point."

A clash between the baddest men in combat sports would be the first time such a fight occurs. Despite packing the most powerful right hand in the UFC, not many would be picking Ngannou to hand Fury his first defeat. The man who brought Ngannou into MMA, Fernand Lopez, believes his former charge is only looking at this fight for the payday it would be. Lopez theorizes for Ngannou to have a realistic shot at winning, he'd need to step away from mixed martial arts and have his sole focus on the sweet science.

“I think the fight makes sense for Francis because he thinks he can cash out,” Lopez said to Betway US blog. “There’s also something there for Tyson Fury - he doesn't care that it’s not a competitive fight. He just wants to make money and make some news. It would take at least three years for Francis Ngannou to be competitive from a boxing standpoint with Tyson Fury, and I mean three years only dedicated to boxing.

“Realistically, he would have to stop everything else and probably do nothing else for three years, only boxing. No grappling, nothing else. The way that his body and muscles are built, it will not allow him to keep throwing punches after the third round.”

Ngannou and Lopez had an acrimonious split in 2018 after working together for five years. Their breakup allowed Lopez to put all of his focus to UFC interim heavyweight titlist Ciryl Gane, who battles Ngannou in the main event of UFC 270 on Jan. 22. The matchup is reportedly the last on Ngannou's UFC contract. Negotiations haven't gone well between Ngannou and UFC president Dana White as they have verbally sparred in the media. Ngannou insists a boxing clause needs to be in the contract if he can agree to terms with the UFC.

Lopez doesn't believe the UFC will allow Ngannou to box for one second. Instead, he believes for Ngannou to have any shot at competing in boxing, he needs to beat Gane and remain the heavyweight champion.

“Francis Ngannou wants to move over to boxing, but that can only happen if he’s the champ,” Lopez says. "If he leaves the UFC and he’s not the champion, no matter which company he wants to go to, it won’t look good. We have to keep that in mind.

“You can’t ask for a new contract with a clause that allows you to go boxing. It makes no sense. And you cannot impose this on the UFC now you are a big name just because you want to cash in - those are not the terms of the agreement.”