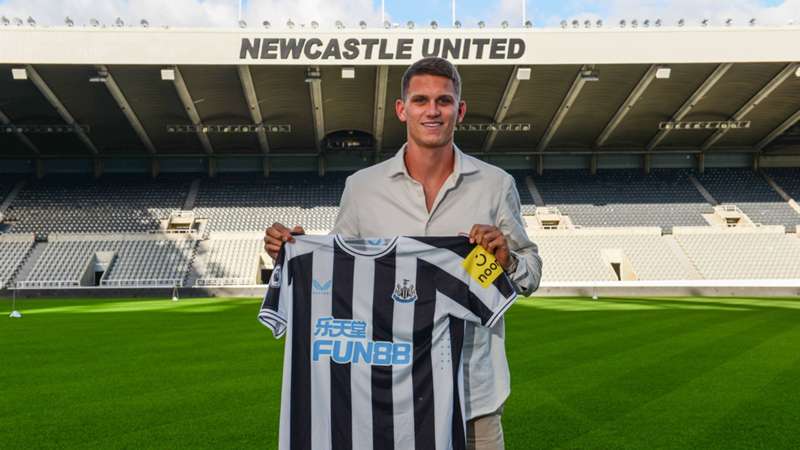 @NUFC
Check for Usyk vs. Joshua 2 on DAZN in your region

The former England international expected more of a splash from his former club.

Newcastle United are one of the world's richest football clubs, and according to one former player their lack of spending this summer is a surprise.

The Magpies' October 2021 takeover by the Saudi-based Public Investment Fund put the club on equal or greater footing with the likes of Manchester City and Paris Saint-Germain. They flexed their new financial muscle during the January transfer window, bringing in Kieran Tripper, Chris Wood, Bruno Guimaraes and Dan Burn for a combined £83 million and almost immediately ending the threat of relegation that had hung over the club for the first half of the 2021-22 campaign.

But the traditional thinking was that Newcastle were just waiting for this summer's window to really throw around their new economic weight, as many more players are available between seasons. However, despite a big splash on defender Sven Botman (£35M) and smaller deals for Matt Targett and Nick Pope (£15 and £10M, respectively), Newcastle have yet to spend much on new players in comparison to many other Premier League teams.

There's still time, of course — the transfer window is still open for another two weeks — but with the domestic campaign now underway, pundits like Michael Owen have found it somewhat unexpected that the Magpies haven't made more of a splash on the market.

Owen, a former Newcastle player in the mid-2000s, said on the DAZN Soccer Show that the team's impressive January haul has taken the pressure off management to make too many big moves this summer.

"I've been surprised how quiet they've been in the transfer window," Owen said.

"They've kept the powder dry and in many ways they had a really good transfer window in January. That was amazing.

"And I really like the manager (Eddie Howe). I did a lot of work with him while he was out of the game once he left Bournemouth and I can't tell you how much he impressed me. I'm really impressed with him. So I think they're in good shape.

While Owen feels Newcastle, as currently constructed, will finish mid-table this season, the former England international envisioned the club aiming for Champions League or Europa League qualification, making the lack of activity on the market a curious decision.

"I was expecting them to maybe push for European places if they went and signed two or three good players, the likes of, you know [Jesse] Lingard, I thought maybe. Raheem Sterling, I thought they might go and make a big push for players like that to get them to that next level," he said.

"So Europe now is looking — I'm not quite sure about that. But I think it'll be a solid season for them."