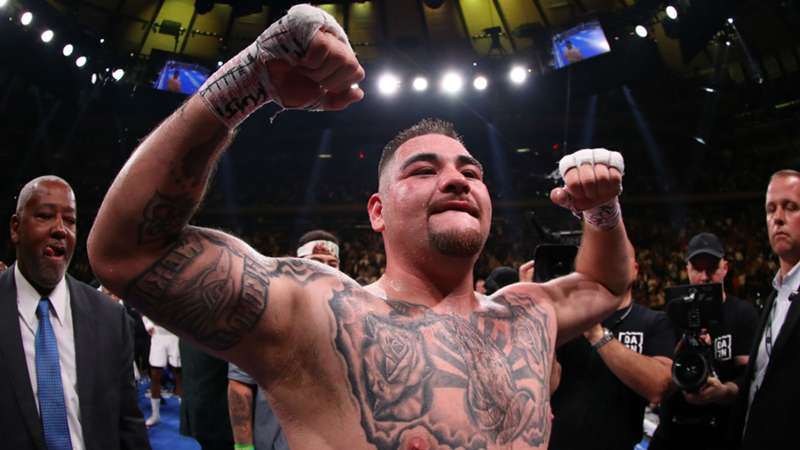 Darren Barker looks ahead to a crucial fight for Andy Ruiz Jr. in his latest DAZN column.

At a first glance, this is an interesting fight. First of all, you would have to wonder how much Ortiz has left in the tank. At the age of 43, the Cuban has shown that he is still tough and durable, but if fans are to see Ruiz as a serious contender in the heavyweight division, they would need to see him against the likes of Anthony Joshua once again, and Deontay Wilder.

I am glad to see Ruiz has got the hunger to return to the ring. The heavyweight landscape has changed dramatically since he was champion, but I can also understand why he has been inactive.

He achieved his dream when he beat Anthony Joshua three years ago to become the first-ever Mexican world heavyweight champion, and along with making lots of money, he clearly enjoyed all the glitz and glamour that came with capturing one of the biggest prizes in all of sport.

When it comes to Sunday’s clash with Ortiz, getting a stoppage or a full 12 rounds under his belt would be of huge benefit. It won’t be as easy as he may think, the Cuban is still a tremendous boxer despite being 11 years older.

The most important thing is for Ruiz to get the win. He cannot afford to lose, otherwise it could spell the end for his professional boxing career. That’s why I wouldn’t put too much emphasis on his performance.

It will also be important for Ruiz to implement some stability when it comes to his career moving forward. He has been busy chopping and changing trainers, and now has Alfredo Osuna in his corner after a brief stint with Eddy Reynoso. If he can find happiness while training with Osuna, it will make the brutal training camps more bearable.

I know what it feels like to have a stable coaching set-up by being with Tony Sims. I was always learning under his guidance and as mentioned previously, it made the harder camps more enjoyable. Some fighters are lucky to find the right trainer early on, but many haven’t and often have more trainers than JD Sports.

Another area of his fight game which Ruiz could improve is his weight, but I think it would be difficult for him to commit to losing a few pounds after beating Joshua whilst being overweight.

In the current climate of the heavyweight division, those who often find success, besides Tyson Fury, are in tremendous shape. But the excess weight doesn’t seem to affect Ruiz too much, he can still retain that impressive hand speed, but maybe his footwork suffers as a result.

When he steps into the ring against Ortiz on Sunday night, we will find out just how much he really wants to become a two-time world heavyweight champion, but I’m sure there is still another exciting chapter to come in the Andy Ruiz story.