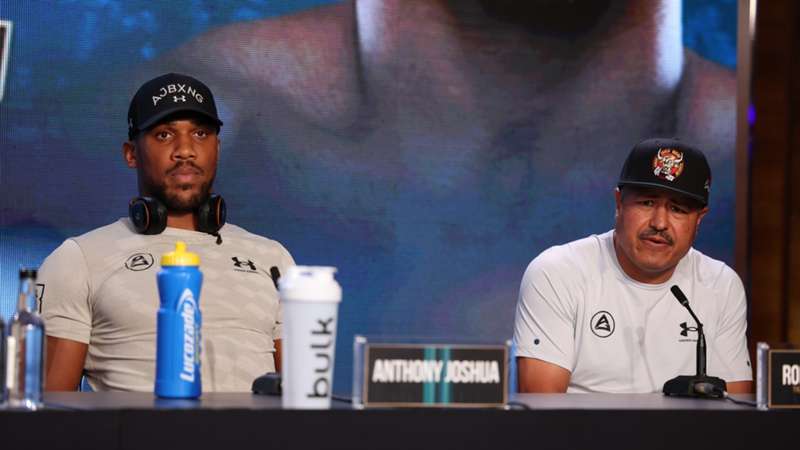 Darren Barker discusses what benefits Robert Garcia will bring to Anthony Joshua’s corner in his latest column for DAZN.

After Anthony Joshua lost his WBA, WBO and IBF world heavyweight titles to Oleksandr Usyk at Tottenham Hotspur Stadium last September, he went back to the drawing board in an attempt to reach the top of the heavyweight mountain once more.

Towards the end of last year, he was pictured visiting a number of trainers across the U.S. including Eddy Reynoso and Virgil Hunter, and has now decided to bring the legendary Robert Garcia into his corner to work with Angel Fernandez.

This meant that the services of Robert McCracken, who had coached Joshua since he turned professional in 2013, were no longer required.

Sometimes a change is needed, whether it would be for tactical reasons or even just a change of scenery to mentally fresh things up. If the previous training regimes were becoming stale, it’s no surprise that an ambitious and talented fighter like Joshua would become fed up.

It’s difficult for me to say whether the arrival of a new trainer could benefit Joshua, I only had one coach in the form of Tony Sims throughout my professional career, so it's hard for me to comprehend such a big change to a fighter’s preparation.

However, if a fighter is not happy and feels like they’ve reached the ceiling or heights with one particular trainer, then different avenues need to be pursued.

In this particular instance, Joshua will need Garcia to not only make him a better fighter, but a more hungry fighter, as he will need that determination against a master in Usyk who is reigning supreme and looking unbeatable.

But when it comes to Joshua’s actual gameplan, I honestly think there is not a lot Garcia can implement right now.

What the experienced 47-year-old trainer will bring is a wealth of tactical knowledge. He will know how to advise Joshua to make certain improvements throughout the contest, and give little gentle reminders of when to push forward and what shots to throw.

Implementing a game plan at such short notice is quite difficult and you've got to remember that Joshua is coming up against a very skilled operator, but Garcia will be able to extract the best out of the former Team GB star.

Garcia won’t be afraid to give harsh, stern words when needed and this is something that was lacking in the first fight. I felt like there was a lot of cheerleading going on in the corner with members of Joshua’s team saying, ‘You’re doing this really well,’ when he clearly wasn’t. Instead, they should have been giving Joshua a kick up the backside.

It’s no secret that Joshua will be facing a different Usyk on Saturday night. The weights compared to September’s fight will be a lot closer with the Ukrainian looking heavier and filled out from the videos that have surfaced online, but already questions are being asked about Joshua’s future if he isn’t victorious.

For me, it will all come down to the manner of the defeat. If Joshua loses on points, he will come back and enjoy success no doubt, but if he is on the wrong end of a brutal Usyk knockout or stoppage, it may be a little more difficult for Joshua to come back.