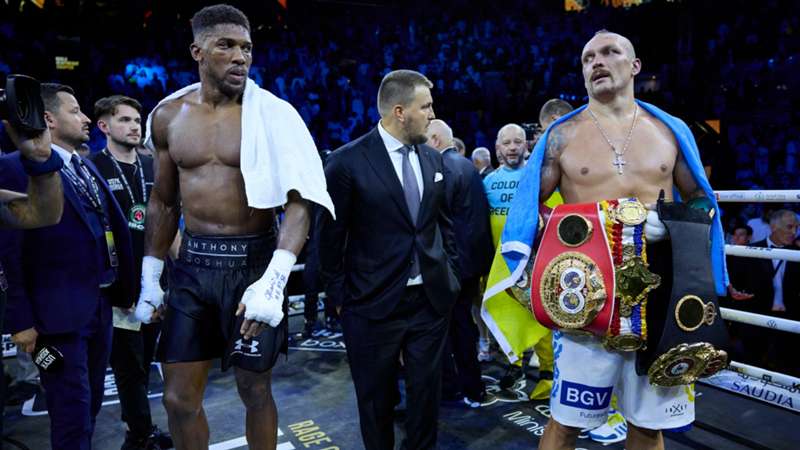 In his latest column for DAZN, Darren Barker believes there are plenty of positives for Anthony Joshua following his loss to Oleksandr Usyk.

It may not have been the right result for Anthony Joshua when he lost his world heavyweight championship rematch to Oleksandr Usyk on a split decision, but he should be proud of his performance in Jeddah, Saudi Arabia.

The manner of the defeat will help keep Joshua in big fights, we can’t forget that boxing is a sport — you win some, you lose some — and he came up against one of boxing’s masters, there’s no shame in the loss to Usyk.

There were clear signs of improvement from Joshua this past Saturday. I saw more belief, more positive movement on the front foot as he tried to hold the centre of the ring in an attempt to push Usyk back, but there is still more he could have done. Joshua could have been a bit more aggressive, but it was clear he was trying to be calculating without being clumsy or forceful.

However, all these things are easier said than done when stepping in the ring with someone who is technically sound like Usyk, but there are still plenty of positives to take from Joshua’s performance.

His shot selection was very good, he worked the body well and that ninth round was impressive, and if Joshua managed to have similar rounds to the ninth throughout the contest, there potentially could have been a different outcome.

Now when it comes to round nine specifically, I didn’t think that the fight would be stopped. It was a case of Usyk weathering the storm and then producing a reaction which was certainly the case in the final three rounds of this 12-round contest.

The way he changed the speed and power of his shots was so unpredictable, and it was the mark of an elite level fighter. The courage that Usyk showed was something that cannot be taught, and while I don’t class myself as an elite level fighter, there have been times when I too have had to dig deep to come away with a win.

Following the result, questions were being asked about what Joshua should do next. For me, a long break isn’t needed, he needs to build on the amazing training camp he just had for the Usyk fight, Joshua looked in great condition and didn’t fade despite Usyk’s late surge.

Obviously Joshua will need some time off, a couple of weeks, but then get straight back in the gym.

There are still massive fights out there for him and with someone like Joshua who is a big draw, he won’t be short of options. Potential fights with the likes of Dillian Whyte, Joe Joyce, Daniel Dubois and Deontay Wilder would easily sell out arenas, potentially stadiums.

But now Joshua needs to learn from his second loss to Usyk. He doesn’t need too many cheerleaders around him, instead he needs someone to boost his confidence and say, ‘Don’t be too hard on yourself, you’ve lost to the better man, don’t worry, this is sport.’