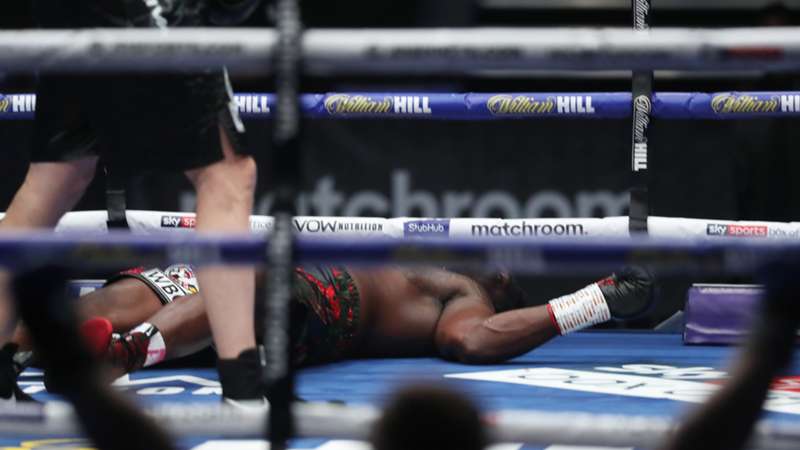 Eddie Hearn said that Alexander Povetkin would fight in a rematch with Dillian Whyte after the 'devastating' upset.

Povetkin’s surprise win earned him the WBC heavyweight interim title, but he will have to fight Whyte again according to the agreement for the first event.

The 40-year-old knocked out Whyte with an uppercut in the fifth round, something that shocked Hearn at the time.

Speaking on an Instagram broadcast he said, “It was one of the strangest experiences of my life, when Dillian got beat on Saturday.

“Just like the world stopped. He’ll be back though, and get a date for his rematch soon.”

Hearn recalled his shock after predicting a win for White in a mid-fight interview, saying: “I think it was the fifth round. ‘It looks like it’s all over. Povetkin’s been down twice, just got to stay tight, stay sharp,' and it’s over.

"We'll exercise that rematch clause. We'll look to make that before the end of the year and it's a huge fight."

Are you looking forward to the pair doing battle again?

The Fight Camp organiser described the moment as it happened in a largely empty garden at Matchroom’s Brentwood headquarters.

“When he went down, you heard the thud and all the people ringside go, ‘Oh!’

“There were six or seven Russians there, Povetkin’s team, screaming and shouting, jumping up and down.

“A hell of a shock. As heartbreaking as it is, just shows why boxing is a great sport.”

Asked if there would be a rematch between Povetkin and Whyte, Hearn replied quickly, “Yes he does, and he will, they’ll fight.”