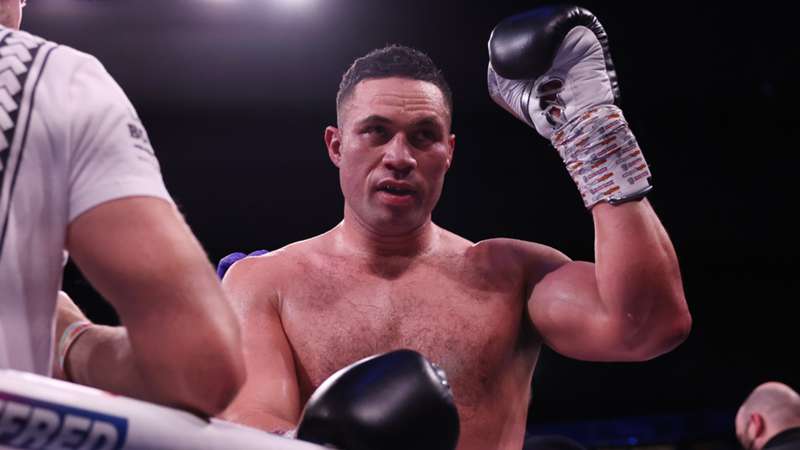 Joseph Parker believes that Derek Chisora could pull off an upset victory over Tyson Fury tonight.

Chisora has a shot at the WBC heavyweight belt at the Tottenham Hotspur Stadium tonight and just the chance of winning marks a serious turnaround in the late stages of his career.

The Briton had two consecutive defeats to former WBO world champion Parker before coming back to beat experienced Bulgarian Kubrat Pulev earlier this year to get back to winning ways.

"A win can set you up for a big fight," Parker said.

"Derek Chisora has had a lot of losses but he was probably in the right place at the right time, a good win over Pulev and now he's given the opportunity to fight Tyson for the championship of the world and getting paid good money."

He added: "What Chisora has to do is do what he does best, which is come forward and throw everything at Tyson. In boxing it does take one punch to change everything.

"There's only one way Chisora can win this fight and I think a lot of people would agree that he should just put it on him straight away.

"You can't sit back and try your best to box someone like Tyson, because he's a good boxer and a good fighter so you just have to give it to him and give him everything you have.

"I think Chisora hit the nail on the head when he said that's what he wants to do from the first round.

"His nickname is 'War' so yes he's got to go to war from the first round and that's what he has to do. Even going to war it's going to be a hard task to get someone like Tyson out of there but he just has to give it the best he can..

"If Derek Chisora catches him or takes him out and wins the fight, it would be massive. It would be one of the biggest upsets.

"But then we look at Tyson and he's got a lot of experience, he's already dealt with a situation like this before.

"He's a very good boxer, he can box on the backfoot. He can fight. He's a good thinker inside the ring, I've seen him in sparring, we've done body sparring and he's very good at thinking and picking his shots and he's got a very, very good engine.

"Tyson, with his experience and what he's already dealt with in the past and already beating Chisora twice in the past, everyone thinks and knows that he should take care of business."