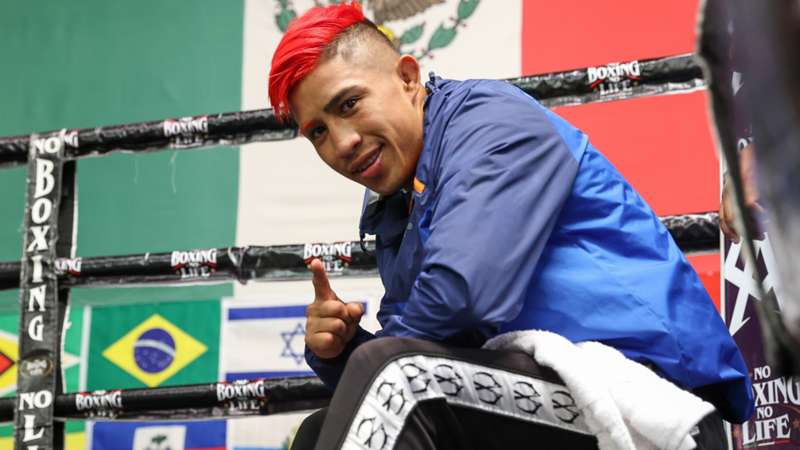 Julio Cesar Martinez and McWilliams Arroyo were scheduled to face each other this weekend in San Antonio for the WBC flyweight title.

The last 16 months for WBC flyweight champion Julio Cesar Martinez has been a period full of bad luck and this doesn't look like it will come to an end anytime soon.

The Mexican had to cancel Saturday's bout in San Antonio, Texas, due to salmon poisoning which forced him out of the fight against Puerto Rico's McWilliams Arroyo.

"An apology for what is happening, I don't have things in my hands, I got a very strong infection. You don't talk about things, you show them, and I thank God, my team and family who never leave me alone and I go for everything. With facts very soon they will know who is Rey and sorry my people, this is just beginning," Martinez wrote on his various social media accounts.

However, this is not the only time something has stood in the way of Arroyo's progression has been affected by Martinez.

In February 2021, when Martinez was being considered to feature on the Canelo Alvarez vs. Avni Yildirim undercard last year, but a fractured knuckle resulted in the Mexican having to cancel his fight. As a result of the injury, the WBC determined that Arroyo could fight for the interim championship instead, which he won by knocking out in 5 rounds the emerging Abraham Rodriguez.

By November 2021 both men finally went head-to-head in Manchester, Hampshire, and in less than six minutes Martinez found himself on the canvas along with Arroyo before the fight was abruptly ended and declared a 'no contest' after a cut to McWilliams forced the ringside doctor to call off the contest.

Three months later, with tempers flaring, they tried to make a rematch, but Arroyo tested positive for coronavirus and the deal fell apart, leaving Martinez with an open window to move up in weight and fight Roman 'Chocolatito' Gonzalez at super flyweight after he ran out of opponents for his comeback. That night, Martinez could do next to nothing and lost to the Nicaraguan on points.

Looking to settle the score once and for all, Arroyo and Martinez were set to face each other this weekend until the salmon put an end to those plans.

"I categorically rule out bad faith or wrongdoing on the part of those involved. It's an unfortunate circumstance, but it's also something very, very strange. It's something never seen before, it's unbelievable," WBC president Mauricio Sulaiman told DAZN when asked about the current situation surrounding these two fighters.

The WBC will now hold a meeting to determine the future of its flyweight title, the rest of the 106lb division and these two fighters with the worst luck.