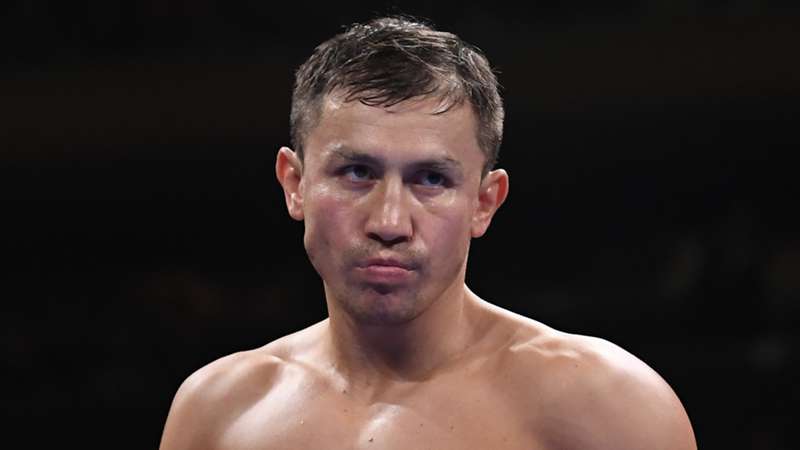 Eddie Hearn has some ideas in mind in case the trilogy fight doesn't pan out.

Gennadiy Golovkin wouldn't indulge in any talks of a trilogy fight with Canelo Alvarez after battering Kamil Szeremeta toward a seventh-round TKO on Friday night. In fact, he wouldn't even mention his heated rival's name.

However, the IBF middleweight champion did admit that he'll be paying close attention to Alvarez battling Callum Smith on Saturday night. While a third fight against Alvarez would present the most cachet, Eddie Hearn made sure to let it be known that the 38-year-old Kazakh warrior has plenty of box office smash bouts out there for him in the case that the Canelo trilogy isn't in the cards next.

"We want to see him in the biggest fights," Hearn, GGG's promoter, told DAZN beside a victorious Golovkin at Hard Rock Live, Seminole Hard Rock Hotel & Casino in Hollywood, Florida. "Him against Canelo, him against Demetrius Andrade, him against Callum Smith, him against Billy Joe Saunders ... all of these fights apply and you're never going to see a dull fight with Gennadiy Golovkin. He's 100 percent box office every time."

There's no arguing the latter. GGG (41-1-1, 36 KOs) pummeled Szeremeta toward four knockdowns until the ref deemed the Polish fighter unfit to continue the bout following the seventh round. When Golovkin wasn't lasering power punches upstairs, he was launching organ-rearranging shots to the body in perhaps making a statement that remnants of his boogeyman status at 160 pounds are still present. The victory gave GGG 21 middleweight title defenses, snapping the record of boxing legend Bernard Hopkins.

If Alvarez is victorious over Smith on Saturday night, there will be clamoring for the Canelo-GGG trilogy fight. However, Alvarez's disdain, and frankly disinterest, for the fight may dash any hopes of it happening. That being said, let's take a closer look at the three other opponents Hearn named as possible clashes for GGG.

Andrade has expressed interest in facing Golovkin before. The question is, does GGG want any parts of "Boo Boo?" WBO middleweight champion since 2018, the southpaw Andrade is every bit of a matchup nightmare for most boxers to deal with over 12 rounds. Plus, he could very well be the most skilled boxer in the division. The 32-year-old Andrade has been yearning for a marquee fight for some time, only to settle for inferior opponents that he washes away with ease. Even his planned October 2018 bout with fellow middleweight champion Billy Joe Saunders was scrapped. Andrade (29-0, 18 KOs) has dealt with the constant disappointment by stringing together three straight title defenses. A bout against Golovkin would easily be the biggest of his career — not to mention, one interesting matchup.

Yes, Hearn was quick to rattle off Smith as a possible opponent for Golovkin, but of course, that's contingent on how the WBA (Super) super middleweight champion fares against Alvarez on Saturday night, live on DAZN, first. There's no doubting Smith's power and overall boxing ability, though. Put that up against the forward fighting of Golovkin and just the mere thought presents a salivating affair. Still, any thoughts of GGG vs. Smith (27-0, 19 KOs) must be put on hold for at least another 24 hours.

Like Andrade, Saunders, too, has called out Golovkin before. He has also flung choice words toward Alvarez, Andrade and seemingly anyone worthy at 160 or 168 pounds. To his credit, Saunders (35-0, 18 KOs) possesses some of the best technical boxing skills that the sweet science has to offer. Also like Andrade, Saunders is a southpaw. The WBO super middleweight champion would need all those skills and more to stop GGG's power game from overwhelming him if the bout were to ever materialize. As Hearn mentioned Andrade, Smith and Saunders as possibilities in the case that the Alvarez fight doesn't happen, Golovkin vowed that his next fight will deliver the "Big Drama Show" against a proven, solidified opponent.

"We'll bring the best fight for next time," he vowed.

Although Canelo and Golovkin are nearly on an identical timetable, could we see GGG against Andrade, Smith or Saunders next?