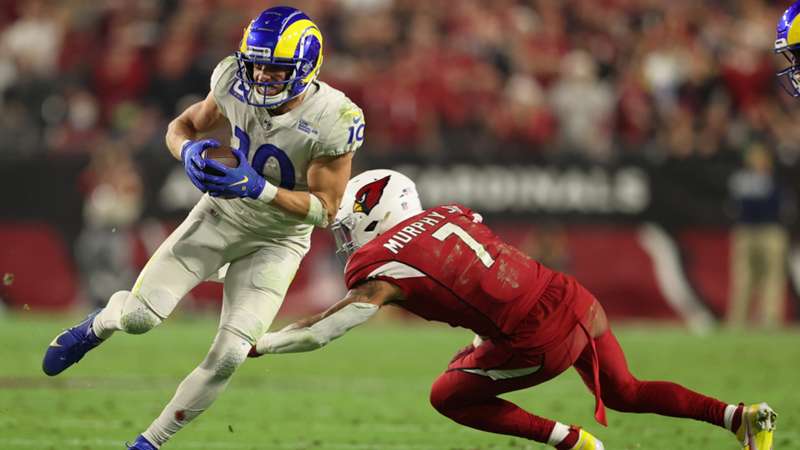 It's the third encounter between the two division rivals this season, but this time a place in the divisional playoffs is at stake.

The Arizona Cardinals and Los Angeles Rams meet in the final wildcard game of the 2021 playoffs.

These two division rivals will be meeting for a third time following two clashes during the 2021 regular season where they have won a game each.

Despite a toe injury scare to Rams quarterback Matthew Stafford, the 33-year-old inists he will be able to play in Monday's game, while the Cardinals are hoping star defensive lineman J.J. Watt will be fit to play against the Rams and make his first appearance for the team since October.

Can Kyler Murray and his Cardinals offense overcome a dangerous Rams defense, or will Stafford steer his team to victory and take another step towards playing in a home Super Bowl?

Here is everything you need to know about the Arizona Cardinals vs. Los Angeles Rams, including start time and broadcast information:

What time is the Cardinals vs. Rams game?

The Rams lead the all-time series against the Cardinals 46-39-2.

Cardinals vs. Rams is available on ABC / ESPN to TV viewers in the United States. In the United Kingdom, Sky Sports NFL will be carrying the game.