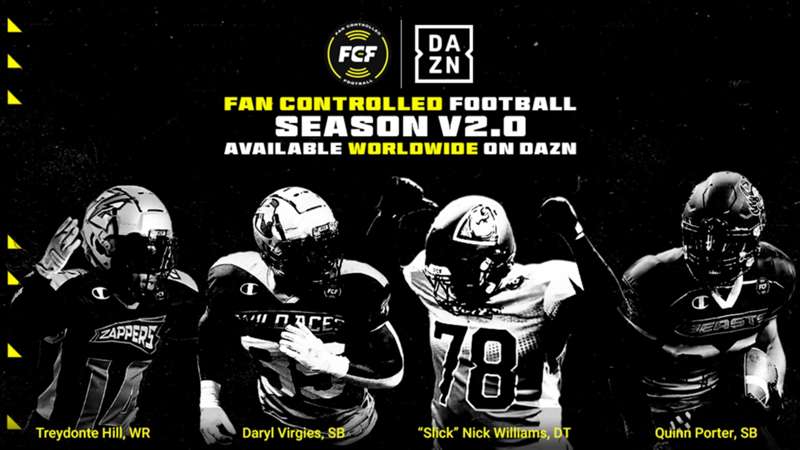 DAZN will broadcast the FCF combine and full season around the world.

DAZN has worldwide rights to show Fan Controlled Football in season v2.0, and the FCF continues its combine events as the campaign gears up.

What is Fan Controlled Football?

Fan Controlled Football is a seven vs. seven indoor American football league, with the defining feature that fans of teams get to choose the offensive play by voting.

Games last an hour each, with a running clock, and there is no kicking in the game.

Every Wednesday fans are given the chance to vote in players to pick their teams. Just two franchise players remain on a team’s roster week to week, with one ‘keeper’ after the first game played.

What time is the Orlando combine?

The next combine event is on Saturday February 5 at 2pm ET / 7pm BST. It is the penultimate of four FCF combines this year.

What is a combine?

A combine is where players are assessed in front of coaches and other club figures as they look to decide on who they want to pick for the forthcoming season.

This gives players the chance to prove their worth ahead of a draft, and Fan Controlled Football will continue its combine events coming over the next few weeks across America.

How can I watch the Orlando combine?

You can stream the event live on DAZN.