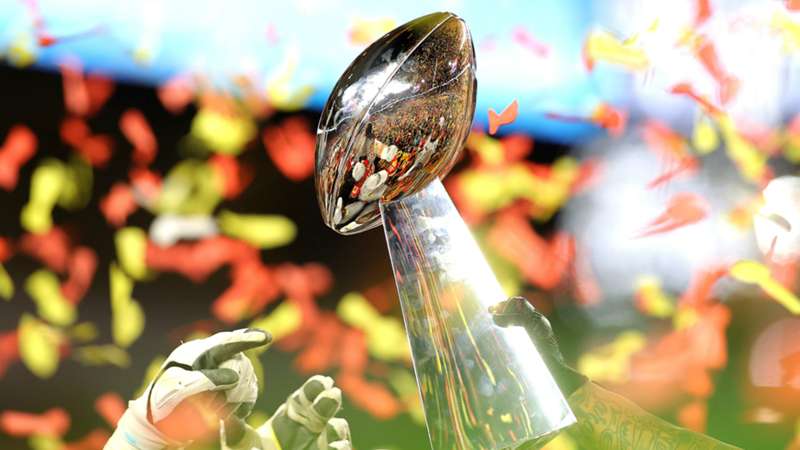 Is today's peculiar announcement set to build to the NFL's annual spectacular?

Popular candy brand M&M's, who famously use talking "spokescandies" in their advertising, is taking a different approach in 2023.

The brand announced on Monday that it was heading in a different direction from the "polarizing" campaign it employed over the past year, posting to Twitter that it was taking an "indefinite pause from the spokescandies."

Taking their place will be Maya Rudolph, the actor known for her comedic roles on TV and film and one that "America can agree on," according to the M&M's post.

A message from M&M'S. pic.twitter.com/EMucEBTd9o

The Rudolph announcement itself created an immediate stir on social media, an ironic twist as the brand said it was surprised that the previous spokescandies-focused campaign "would break the Internet." But was that the intent all along?

Hiring Rudolph isn't an earth-shattering move — the 50-year-old is a four-time Emmy Award winner who has starred in some of the biggest comedy movies in recent history and was a fixture on Saturday Night Live in the early part of the century. Having her represent the brand is a no-brainer in terms of celebrity, but the timing of the announcement has some online wondering if it is tied into the Super Bowl.

M&M's has a long-standing relationship with the NFL's biggest game, with memorable ads featuring the likes of Danny DeVito, Christina Applegate, Naya Rivera, Dan Levy and other celebrities over the years. They've also had Super Bowl commercials without big names, as the "spokescandies" took centre stage.

Could the Rudolph announcement be a precursor to another memorable Super Bowl ad campaign for M&M's? If so, will the spokescandies feature alongside the popular actor?