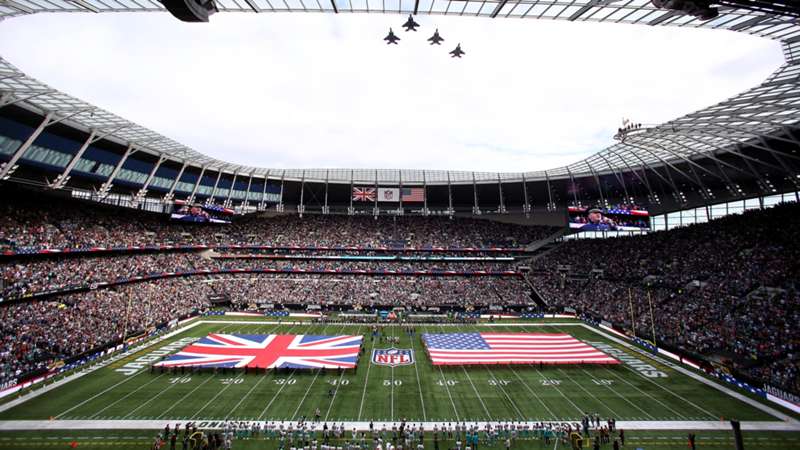 UK fans now know which three teams will make the trip across the pond in 2023.

The 2022 season maybe coming to a close, but plans are alread being put in place for 2023.

One of those being the announcement of which NFL franchises will be travelling across the Atlantic Ocean to play regular season games in London.

Here's everything you need to know about the 2023 NFL London games.

Which teams are playing in London?

Currently the NFL has only announced the three designated home teams for next season's London games.

These three teams being the Buffalo Bills, Jacksonville Jaguars and Tennessee Titans. Their opponents are yet to be confirmed.

When will the NFL London games take place?

The schedule for these games has not been revealed at the time of writing, but they will take place during 2023 regular season.

Which stadiums are hosting the NFL London games?

The games will be split across two stadiums in the English capital.

Tottenham Hotspur Stadium will stage two of the games with the Buffalo Bills and Tennessee Titans being named the designated home teams for their respective matchups.

The Jacksonville Jaguars meanwhile return to their second home, Wembley Stadium, and will play a regular season game in London for the 10th successive year.

How to get tickets for 2023 NFL London games?

Fans can register their interest in buying tickets for the Bills and Titans' trips to Tottenham Hotspur Stadium here.

To register interest in seeing the Jaguars at Wembley, fans can click here.